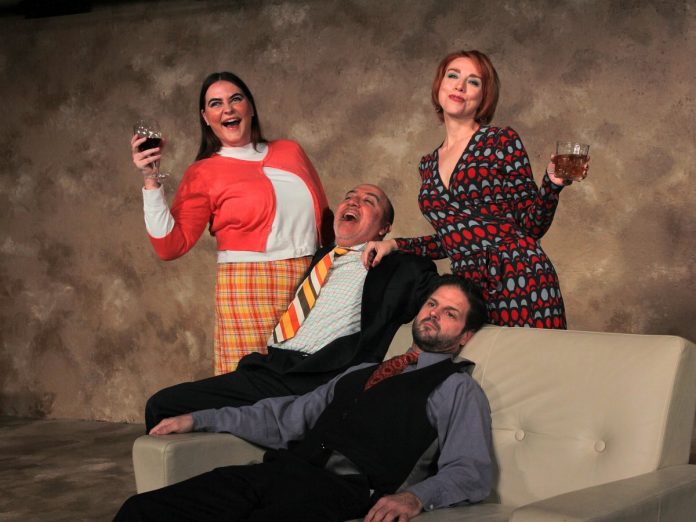 You might want to bring your own pina colada to this production of Accomplice. For those with a long memory, playwright Rupert Holmes is actually most famous for a song he penned in 1979: Escape (The Pina Colada Song). An infectious tune, and one that is widely considered a fitting way to end one of the worst musical decades in living memory. But whether you find the tune fun or atrocious, a few suitably chilled coladas would make a suitable drink to help wash down his murder mystery play Accomplice.

But, it’s not really a murder mystery play. As reviewers have noted ever since it premiered at the Pasadena Playhouse in 1989, it’s more like a guessing game than a thriller, a spoof in the same genre as Sleuth, but not so high brow. The plot is so convoluted it’s nearly impossible to give away any clues in a review; suffice it to say various methods are employed to murder one or more people in this 5-character play, but most fail because it’s a spoof. Of course it only takes one to make it real.

On the evening I saw the play, Keith Wick was not able to play the lead role of John, being replaced by an understudy who overplayed the part at the beginning. Not surprising as an understudy would never have appeared in the part before. On this I can’t say more, you will have to see for yourself. John’s wife, Janet (Jodi Ajanovic), relishes in delivering witticisms worthy of Noel Coward. “When he met Princess Margaret,” says Janet about the other male lead Derek (Stephen Frankenfield), “all he could think to ask was if she had any brothers and sisters!”

The cast is completed by Emily Gates, whose angst at taking off her bra for a play being rehearsed by Derek leads to hilarity and a tremendous degree of deliberate overacting. One can easily distinguish this play from the thriller or murder mystery by looking at the faces of the audience: everyone has a smile, or is trying to restrain their laughter. By the end, the audience becomes an accomplice to murder.

I did say Gates completed the cast, but that leaves out character number 5, played by Dave Davidson. He acts as the catalyst to sort the whole mess out, and does a fine job it! A superb ensemble cast who wring every nuance out of the saucy script.

Replete with both gay and lesbian kisses, Accomplice was probably at the cutting edge of legit theatre in 1989. Such things are normal now, but there are plenty of other things going on that will shock and delight (including bondage). The director, Rhonda Hallquist, says “While murder mysteries always employ a twist or two, this play twists just a little further.” (For further comments by her, visit this YouTube link: https://youtu.be/56LfyygblHY)

Well worth a visit to the theatre, located at 5317 E Speedway in Tucson.

Accomplice is being performed at Live Theatre Workshop until Nov. 16, 2019 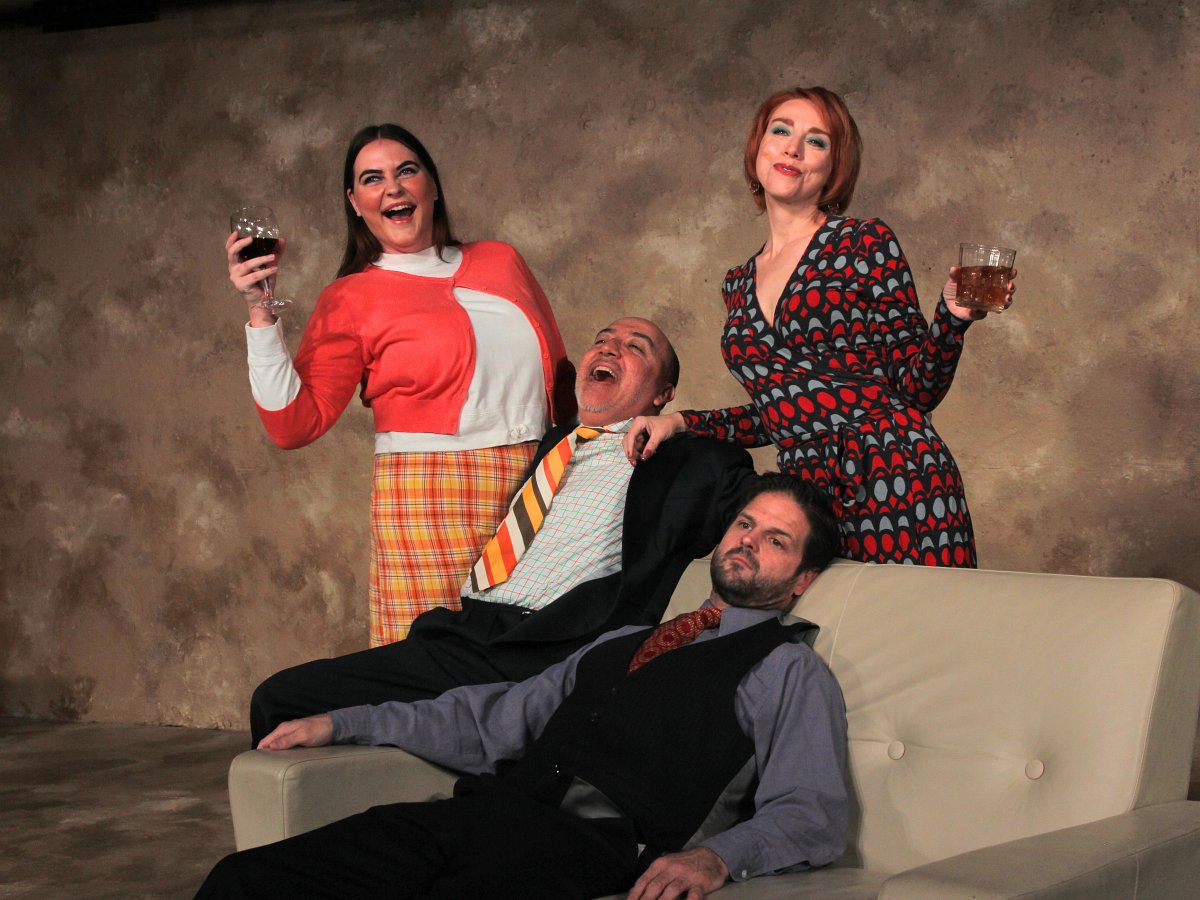 The Dickens Festival in Tucson