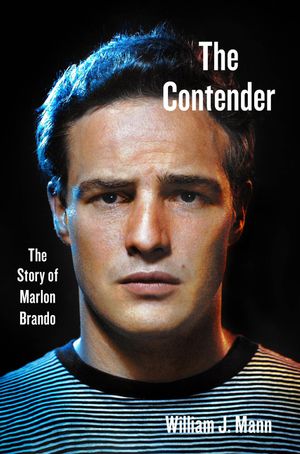 Johnny Depp, being interviewed, shared a story of how Marlon Brando once instructed him never to do three movies in a year: “We only have so many faces”, was his reason.  If Marlon the actor was a puzzle with many different faces, Marlon the man was even worse.  His childhood was abusive, with an alcoholic mother and a father who was not home very often, and even when he was, his temper was his primary contribution to the life of the family; by the teen-age years Marlon had turned almost entirely inside himself.  He rarely entrusted himself to anybody, and when he did, that somebody often betrayed him.  This was perhaps the cause for why so many of the faces he put on, both in his profession and his life, were not his own; they were almost like safety mechanisms in order to hide who he was so he could not be damaged any further than he already had been.  Consequently, it also reveals a truth which Marlon insisted on in his continual degradation of the art of acting: every person acts each moment, and he acts for survival.  If a sentence could explain Marlon Brando, it is ‘acting for survival’.  His later-in-life secretary Alice Marchak even said about him, “Marlon did not tell the truth if a lie would suffice.”  Trying to figure him out must have been like trying to put together a thousand-piece puzzle with ten pieces that do not fit being dropped on the pile every ten seconds.

Author William Mann (a biographer best known for his studies of Hollywood and the American film industry) confronts this problem in a very simple way: he does not attempt to explain Marlon, but rather lets Marlon explain himself.  “The correct way to recount his life is to take him, finally, at his word. . . We just need to hear him out.”   The greatest strength of Mann’s writing is that he builds Brando’s world by making use of Brando’s own language and perceptions (at least for a considerable portion of the book), which allows the reader to sink, slowly, into the world of this idiosyncratic mess-of-an-icon.  He does not try to force Marlon onto the imagination of the reader; he attempts, however impossible it is, to give the reader the living experience of Brando by offering Marlon’s own insights into his imagination.

Mann begins his time with Marlon (called “Bud” in his early years) after he’s just arrived in New York City to attend the New School for Social Research, where Brando would be attending drama school.  For at least the first quarter of the book, Mann corresponds the incidents of Brando’s time at the New School and how his personality manifested there with relevant incidents in his boy-hood, which is quite helpful for the reader in understanding Marlon’s psychology.  Mann explores Marlon’s explosive rage (such as when he gut-punches a young man for groping in the backstage of a school production), which persisted through all of Marlon’s life, corresponding it to his maltreatment at the hands of his constantly-traveling salesman father.  After all, the first time that explosive rage fully came out was one day as a teen when Marlon Senior, Brando’s father, slapped his wife: “If you touch her again. . . I will kill you”, Marlon threatened.  It seemed that for the rest of his life, Marlon would always react violently to men who reminded him of his authoritarian father, men who “seemed. . .like Marlon Brando Senior.”  Marlon Junior himself admitted where his rage came from: “’It always comes’, he said, ‘from childhood’.

And how about his other life-long characteristic, his sexual promiscuity?  It was Marlon’s trouble with his alcoholic mother and how he’d felt she had betrayed him, in some way, on a relationship level.  “I went after women to make up for what my mother failed to give me and to spite my father”; Marlon viewed his sexual potency as a security to supplement the “self-doubt” he had always been intoxicated with, a result of his parents’ lack of love.  Acting for survival.  Mr. Mann necessarily explores many moments of Brando’s career too, spending pages on Streetcar, On the Waterfront, Mutiny on the Bounty, The GodFather.  One-eyed Jacks, Marlon’s only testament to his directing capability, is also contemplated at length.  Mann suggests that it was the movie studio’s editing which ruined Marlon’s film, devastating the poetry and the rawness and even some of the psychological realism of the film.  The most fascinating facet of this book is the deep, deep psycho-analysis Mann engages in so as to understand, as much for himself it seems as his reader, Marlon Brando.  The author assiduously avoids proposing any theory he considers unsupported by first-hand evidence, and to this end, he ought to be commended.  One little fact I did not quite find coherent though was Mann’s title: The Contender.  Certainly, On the Waterfront seems Brando’s crowning achievement (“the contender” is of course a reference to Brando’s famous monologue in the movie), but Marlon seems much closer to Stanley Kowalski than to Terry Malloy.  Even the term Elia Kazan (Brando’s early mentor and more than one-time directing partner) uses for Stanley is the best description of Marlon ever thought up: hoodlum aristocrat.  Mann himself seems to acknowledge the extraordinary likenesses of these two men, Marlon and Stanley, one imaginary, one real, or were they both one and the same, both part-imagination and part-reality? “The rage of Stanley and the rage of Marlon were the same-”.  To placate this rage Marlon-Stanley “took refuge in somatic past-times. ‘He’s desperately trying to drug his senses’, Kazan said.  For Marlon-Stanley, his potency was rooted in sex, and habitual sex was indeed how Marlon-Stanley displayed this potency.  Mann argues though that Marlon was different from Stanley because Marlon cared for things other than sex and sensual fulfillment, intellectual things, whereas Stanley cares nothing for the intellect and its domain.  In my own humble opinion, the argument is unconvincing.  Marlon may have cared more for intellectual things than sexual pleasure, but his body ultimately conquered his brain.  Marlon had the soul of a poet and the sensuality of an animal; he saturated his poet-soul in his own sensuality until his sensuality grew and his soul diminished, and the product was a man who was terribly unhappy for almost all of his life, trying to “fuck” his way out of his own reality.  And that is why, 400 pages in, The Contender becomes boring.  Mr. Mann does not become boring, but Brando does.

There are some parts which break the reader from Brando’s constant state of self-made misery, such as Mann’s chronicle of the making of The Godfather, yet Brando the man, different from Brando the actor (who never once brings dullness), is torturous to read about.  Brando may have tried his hardest to amend, “always”, as Mann claims, but after ten thousand times of trying and failing, it no longer holds interest.  This does not mean I do not sympathize with Marlon, nor does it mean that his efforts are not to be taken into account.  It means that I did not find reading about Marlon committing the same mistakes with the same tragic consequences for time immemorial compelling after a certain period.  In many ways, Marlon never matured.  As one of his lovers Rita Morena rightly observed, Marlon’s childhood traumas were only “compounded” by his own destructive actions.  Marlon despised his father for his lack of parenting ability, yet Marlon was an even worse parent than either his father or his mother.  Mann asserts that to perceive Marlon as “narcissistic” is to misunderstand him, but I do not find this convincing either.  Marlon put many people, especially women, through hell to support his own insecurities.  I call that narcissism.

Mann appeals to Marlon’s sense of social justice to show that Marlon really did care for other people.  Perhaps he did; he was, after all, a sensitive soul.  But Marlon Brando was one of the first cultural figures who seemed to embrace the notion that virtue is a public commodity.  Oh, Marlon had the right opinions, but he did not really seem to act upon any substantial virtue.  Perhaps I am disillusioned with actors who talk social justice, since that is the main pre-occupation of actors today.  But I do not give a damn that Marlon was anti-racist if he treated women like garbage.  I do not care if he refused his Oscar for Indians’ Rights, if he couldn’t be a half-way decent father to his own children.  Marlon did not seem to understand that society is comprised of many thousands of individuals, and that the best way to improve it is to improve the one individual one has agency over: oneself.  Responsibility to one’s neighbor is not to be dismissed, but the problem with Marlon is that he seemed much more to care for the neighbor who was far-away than the neighbor who was near.  To me, Marlon was part of the problem, not the solution.  I suppose Mann chose to name his book because he thought Marlon Brando was a “contender” in this melee of life, and that his contending was always admirable, even though it was not always successful.  “That’s the mark of a life well-lived.  You try.”  No, that is not the mark of a life well-lived.  A business man who tries and fails is not a good business man.  A person who tries and fails to be good is not good; he tried, and for that only does he deserve credit.  Nevertheless, Mann has crafted a magnificently compelling biographical work; it is a work which allows the reader to live the mind, the world, the life, of the greatest actor in American History.  And perhaps, by getting to know Marlon better, I got to knowing myself a bit better too. 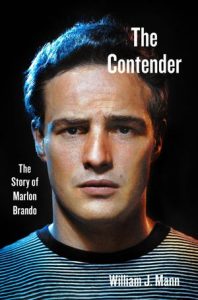 The Future of School

The Power of Poetry to Defeat Time