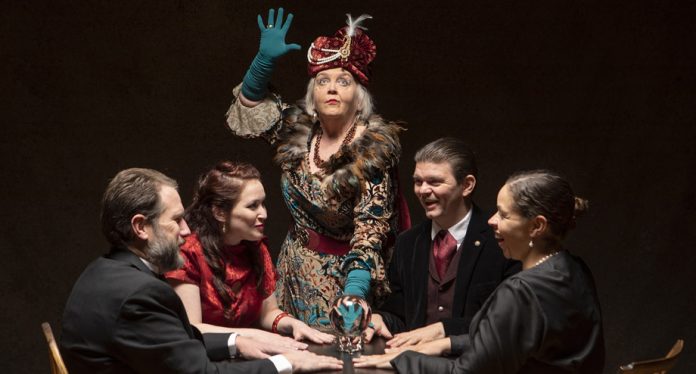 Halloween may be in the recent past, but its spirit lives on at Tucson’s Rogue Theatre with its current production of Noel Coward’s Blithe Spirit. Who needs a haunted house when you can visit the theatre to see some real ghosts?

Fans of the TV show Bewitched will be struck by the resemblance between the bumbling but kind- hearted Aunt Clara, and the medium in this play, Madame Arcati. Portrayed here by co-founder of the Rogue, Dr. Cynthia Meier, she steals the show with a combination of superb acting and outrageous costumes. The theme for the plays at the Rogue this season is obsession; Arcati is certainly obsessed with spirits – they quite literally permeate everything.

Blithe Spirit is one of the 20th century’s most famous plays. It ran in London pretty much continuously during World War 2, from its 1941 debut. Why did Coward portray the dead in this play? Perhaps he was trying to comfort people who were losing loved ones in the war, showing them there is life after death and they still feel like we do. The playwright wanted the populace to know those who were killed, especially civilians who died not on the battlefield but in London, were still having a good time in death. Coward set his own rules for “the Other Side.”

Key to the play, and often missed by those not paying rapt attention to the rich and fast language of Blithe Spirit, is the title of the book Charles Condomine (played by Ryan Parker Knox) plans to write. He says its title is The Unseen. Ghosts are typically unseen, but in this play Charles can see the ghost of his first wife Elvira (Holly Griffith), even though his second wife Ruth (Bryn Booth) cannot. 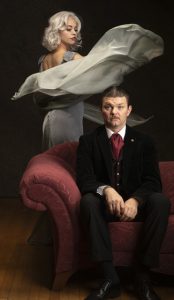 Director Joseph McGrath explains the difficulty this creates for Booth. “Ruth has long scenes where she cannot see or hear Elvira. So the actor has got to not hear and not see one of the characters in the scene who is influencing the scene. As an actor we’re always trained to see everything, to respond to everything. It serves us beautifully 999 times out of a thousand. But then one has to play Ruth in Blithe Spirit.”

The role of the unseen goes far beyond that however. Even though Elvira is unseen by Ruth, her probing verbal attacks reveals what is unseen in the marriage between Ruth and Charles. Eventually, both wives reveal what Charles is hiding underneath.

At a less cerebral level, the lines from 1941 still resonant today. One might expect the audience for such a play to be entirely populated by oldsters, but there were several guys there under 25. I saw one in the front row reduced to slapstick by more than one humorous barb. With lines like “Brandy on top of a trance could have been a catastrophe”, and “You don’t even allow me a hallucination if I want to,” this play is indeed timeless. I highly recommend this superbly acted production. 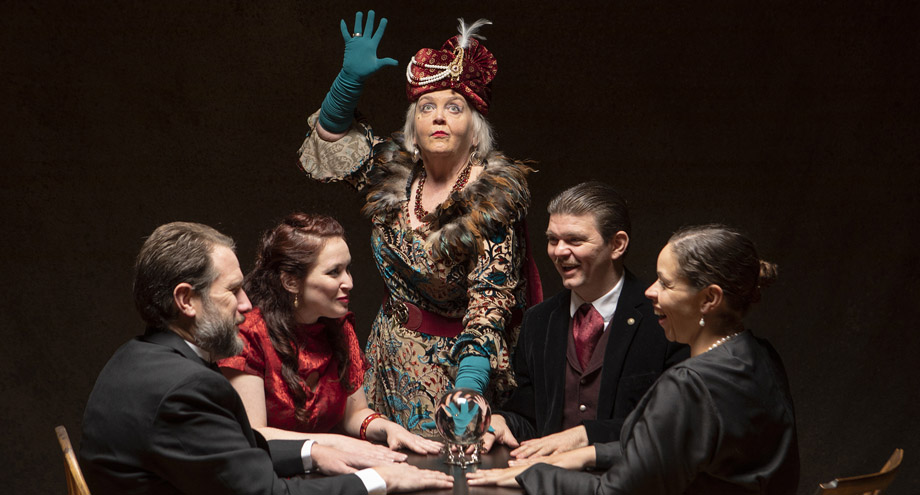