While it is easy to glorify mob bosses like Capone and Trump (both tax evaders), The Mob Museum in downtown Las Vegas gives proper due to the G-Men who hunted down such villains and brought them to justice.

Or, at least they tried to. The most famous exhibit at the museum – appropriately housed in a former courthouse from the 1930s – is the actual wall against which the victims of the St. Valentine’s Day Massacre were gunned down in 1929. The bullet holes in the wall are clearly visible, complete with blood stains.

As the accompanying display explains, the wall is from SMC Cartage, a facility used by Bugs Moran’s gang. In 1967 the building was torn down but the bricks from the wall were saved and numbered. These were moved to Vancouver in Canada, placed on display in a nightclub owned by George Patey. The museum acquired the bricks from his family.

The victims get their own stunning display. Photos of six are shown; no image of the seventh victim exists. The list includes Peter Gusenberg and Albert Kachellek, convicted robbers, and Frank Gusenberg, who survived for three hours but refused to identify his attackers. The actual bullets that killed Frank, and the other six men, are on display. Those with a taste for forensics will be thrilled to see body diagrams of each victim, showing the location of their wounds!

I mention forensics as this is where the good guys come in. On display is the actual microscope used by Dr Calvin Goddard (1891-1955) to photograph the bullets and shell casings from the crime scene. Goddard was a pioneer in this study, having created the term ‘forensic ballistics’ in 1925. He used single-stage microscopes to examine bullets before the comparison microscope shown here at the museum became available. While no one was ever charged for the massacre, Goddard was able to rule out one key suspect in the shooting: the Chicago Police Department.

There are many fascinating exhibits in the museum, much of it related to the notorious mob origins of Las Vegas. But in this brief review I will go back further in time to an era where Las Vegas really was a dusty little town in the Wild West. The Arizona Club, built in 1905, advertised itself as the “Finest Saloon Building in Southern Nevada.” It survived until the 1940s.

A photo of the interior in 1907 shows a character who fame will forever be associated with Tombstone, right here in Arizona. Second from left, standing in front of the bar, is Wyatt Earp. At right we can see what made Las Vegas so famous in the 1950s: gambling tables and a roulette wheel. A newspaper report of a 1911 fire at the Club also mentions another notorious aspect of Vegas life. “The number of so-called ladies who moved hurriedly following the discovery of the fire made a notable social event in Jungletown society.”

The Mob Museum has a large display on Prohibition, and its own downstairs bar. Prohibition came into effect in 1920, but the bars in Vegas were left unmolested for two years. Then eight establishments, including the Arizona Club, were raided and their stocks of liquor seized. The raids continued right up to 1930.

There is much to be learned at the Mob Museum about the past, and also the present, where organized crime still flourishes in many parts of the world. The museum devotes a lot of space to the current crop of gangsters including Mexican drug lord El Chapo, who is currently enjoying food and lodging provided by Uncle Sam in Colorado. This is an excellent museum, with world-class exhibits; highly recommended and a suitably sobering lesson before you go back to The Strip to drink and gamble again. 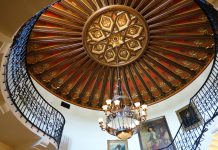 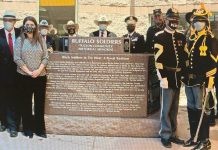 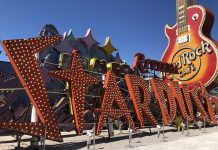 A Day in Tombstone