Muck-rakers of the early 20th century (such as Ida Tarbell, Lincoln Steffens, Samuel Hopkins Adams, Frank Norris and Upton Sinclair) must be spinning in their graves with all the atrocities at Amazon. Those people exposed the inequalities and manifest problems in the workspace of the so-called robber barons in industries such as oil, meat-packing, patent medicine and the railroads). The many advances from the muck-raking years have been disassembled in one fell swoop by the creation of Amazon and their online conveyances.

America has always been a country that has had richer and poorer pockets throughout the land, but according to MacGillis the gaps between the classes are growing wider and wider by the minute. The middle-class numbers are dwindling at an alarming rate. ‘Winner take all’ is the mantra of Amazon and other online companies. The rich get richer and the middle-class and lower-class edge closer to the abyss. Rents looming at $3600 per month, lunches at $24 and homelessness abound. This is the new normal with Amazon’s executive economy.

The extreme new wealth has afforded the Amazon executives their own dedicated check-in line at the airport, 24 different cafes at its HQ, and doggie restaurants & daycare when the animals are brought to work. This excessiveness and over-indulgence of the executives at Amazon is a stark contrast from the average worker in Amazon’s fulfillment centre who are forced to work for minimum wage, and are one step away from homelessness.

The lobby for Amazon and other large conglomerates have quadrupled in the last 5 years with former members of Congress making up 40% of the lobbyists. Obviously, being a former Congressperson has a very lucrative future with Amazon, who says people can be bought if the price is high enough.

As MacGillis points out, the common workers are disposable, the brutality of the work is excruciating, the conditions are unsafe and the violations of labor laws endless. Employees at Amazon are required to work 12-13 hour days – they must wear a wrist band to monitor their productivity and given little bathroom privileges. For Amazon, it is all about algorithms and profits. The company has 50% of the market share while eBay has less than 6%.

The Amazon consumer is enamoured by the company due to its user-friendliness, exorbitant selection and the speed & convenience by which their purchases arrive. With a click of the button, the consumer never needs to leave home, and is oblivious to the cannabilization of the brick & mortar stores such as Penny’s, Neiman Marcus, Lord & Taylor, and others. Amazon is not only controller of the platform used by others to sell their wares, but Amazon sells their own wares on it as competition.

Sellers must pay Amazon a 15% commission on all sales and then Amazon has the gall to undercut their prices on the same products that they feature. The company’s approach is winner-take-all, and to heck with those who fall by the wayside.

The author goes further to illustrate that Amazon creates a bidding war between localities for their fulfillment centres & cloud storage facilities. Playing off one community against another, it is able to extort huge tax breaks, donations of free land for their building, and often free utilities. (The company actually offers public tours of 45 fulfillment centres globally, which the author does not mention). Amazon has also perfected and raised to a new art form the ruse of calling many of their workers ‘private contractors’ in order to avoid paying benefits, or having liability if a worker is injured in an accident. The accident rates at fulfillment centres are alarming and on the rise. One example offered by the author shows the company hired a legally blind person to be a forklift driver – as long as there was a warm body, that’s all that mattered!

Amazon is the antithesis to Henry Ford, who believed the worker should make a good wage in order to buy the product they made – namely the model T car. Jeff Bezos, by contrast, is more akin to ‘let them eat cake.’ As long as the stockholders are making exorbitant profits and are happy, and as long as he continues to be a multi-billionaire (maybe the richest man in the world), damn the workers! Suicide rates for the workers are skyrocketing, divorce is in double digits, and the living conditions of many workers border on insolvency.

The author quotes Bezos saying ‘so what if the worker loses his job to robots – let him learn how to repair robots if he still wants to keep his job’.

This excellent book, however, concerns itself with issues that are broader than just Amazon.

In a CNN interview in March 2021, the author said “What I tried to do with this book is to look at inequality from a regional standpoint. We talk about inequality from the point of view of individual income, but we don’t talk enough about places. There has been this huge, growing gap between places in this country. It’s not just about the urban-rural gap, it’s about cities that have been left behind – it’s the growing gap about winner-take-all cities like Washington, Boston, Seattle, San Francisco, New York, and a whole bunch of other cities that have been left behind.” MacGillis uses Baltimore as an example of a city that gets fulfillment centres (one of which is pictured here), while nearby DC gets the higher-paying exec jobs.

“My book,” said Macgillis, “uses Amazon as a frame onto this problem but it’s not about Amazon per se – it’s about Amazon’s America – the lengthening shadow of this hugely dominant company. The book tries to show what is behind that easy one-click.”

In conclusion, the book is definitely an eye-opener to the inequality of the online system, and a call to arms to Congress to break up these behemoth monopolies. Action needs to be taken before the middle-class becomes a distant memory and homelessness becomes the norm.

The book includes cameos of the plight of individual workers and hammers home the irreparable harm the online companies have wrought. Clear, concise and coherent: a highly recommended book.

Alec MacGillis is a senior reporter for ProPublica and the recipient of the George Polk Award and the Robin Toner prize. He worked previously at The Washington Post, Baltimore Sun, and The New Republic, and his journalism has appeared in The New York Times Magazine, The New Yorker, and The Atlantic. His ProPublica reporting on Dayton, Ohio was the basis of a PBS Frontline documentary about the city. He is the author of The Cynic, a 2014 biography of Mitch McConnell. He lives in Baltimore.

Fulfilment: Winning and Losing in One-Click America is $28 by Farrar, Straus and Giroux 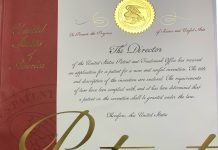 Proposed AZ Mine a Hot Topic at Convergence Conference