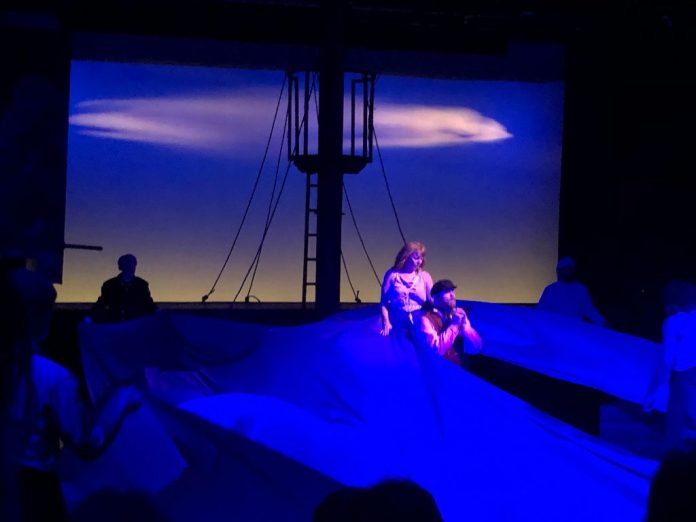 At the outset patrons are treated to live music, and then a rendition by the cast of the old shanty tune It’s Time For Us to Leave Her. Having set the nautical theme, this new staging of the famous novel Moby Dick begins.

When Herman Melville wrote this lengthy novel in 1850-51, he certainly never envisioned it as a stage production. What is the quintessence of Moby Dick? That was the question facing director Cynthia Meier as she and assistant director Holly Griffith took the 213,481 words of the book and worked to fashion that into a play of 2 ½ hours. Captain Ahab in the book was obsessed with tracking down and killing the giant whale, but Meier admitted that since they first started the project in June “it’s been pretty much an obsession” for them too.

Unlike previous productions, Meier decided “to personify the Three Fates onstage and make them characters in the story. This inclusion brings to the forefront the question of free will vs determinism.”

After 170 years of scholarly debate about the novel, that is not surprising, but her interpretation is nonetheless both dramatic and insightful. So much so that when future scholars write about the reception of the novel in modern times, this production must be included in the analysis. Not only because the Three Fates of ancient Greek culture are so prominent, but because of the visual effect of the concluding scene (shown in the lead photo).

At centre stage stands a Fate, with the deep blue sea billowing all around her. Visually this is effected by four segments of blue silk extending from her body to cover the entire stage, gently undulating from all four corners. One by one the doomed members of Ahab’s ship come to her touch, only to instantly sink beneath the waves. Stunning and mesmerizing, an image no one who sees it is likely to forget.

Meier describes the experience of bringing the book to life “has been elusive. After each night’s rehearsal, I felt that we came a little closer to capturing Moby Dick. I am now certain we will never arrive.” Alas, she is correct. The Rogue is known for a history of fine productions of classic plays, and every year they do an adaptation of a work of fiction. Last year’s Grapes of Wrath was very well done. This year’s Moby Dick may prove that sometimes a book just isn’t easily adaptable to the stage. They may have bitten off more than they can chew with this one. There are lovely bits of stagecraft (such as the blue silk, and lighting patterns on the floor that mimick the ocean waves), and the set is inventive. But it takes a very long time before there is any real action, and by that time I wasn’t sure I cared a bit about Ahab (played by Joseph McGrath). There was some fine acting, but it all got lost in an overly-long production, which seems typical of many of the plays being performed in Tucson. 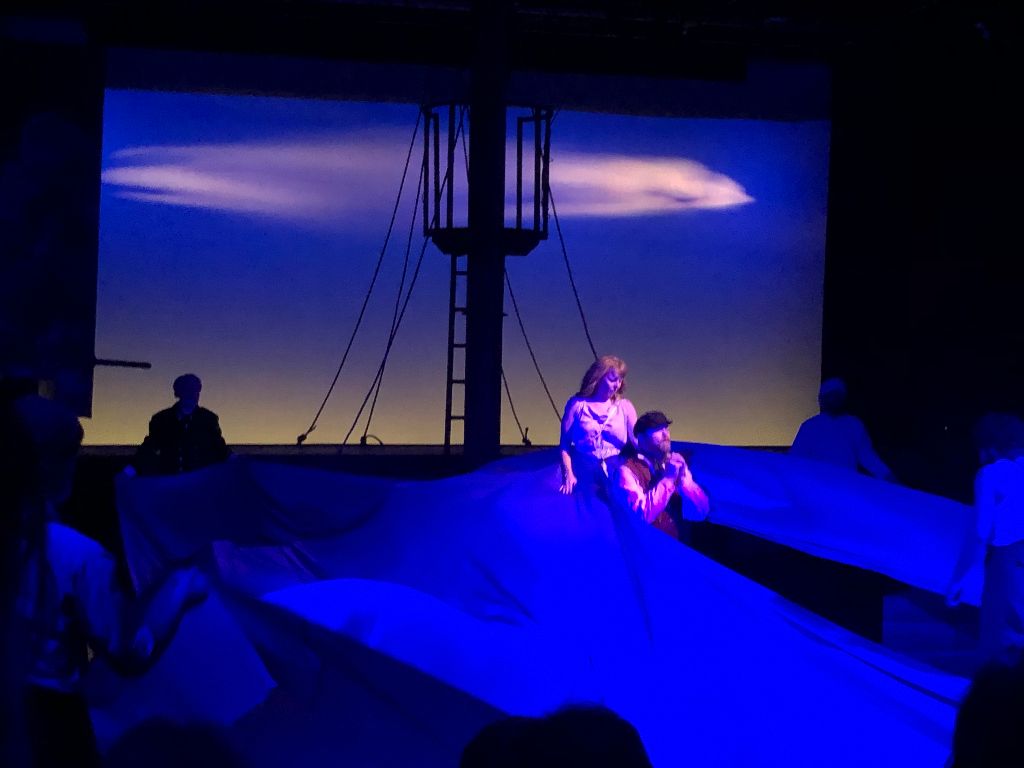 Christmas Break is Over!

A Moralistic Tale for All Ages

A Time of Evil