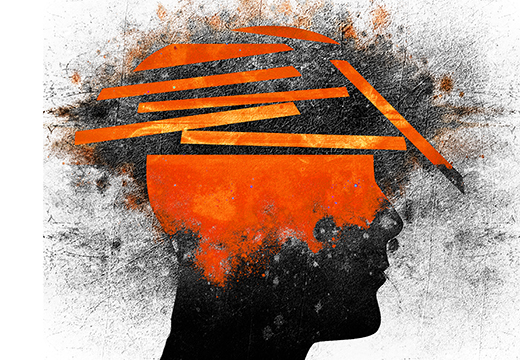 In my attempt to construct a “method of interpretation” for how civilization comes into being, I set forth four archetypes: the artist, the philosopher, the citizen, and the politician.  I have as yet only written on the artist but as I move forward in this interpretive construction, please remember that these four archetypes are not to be viewed as strictly successive stages in development.  They maintain a degree of succession, but more or less they must exist together for the fruitful continuation of civilization and the flourishing of culture.  In other words, as the artist does his job, the philosopher is doing his job, and at the same time the citizen and politician are doing their jobs.  Also, it is helpful to remember that these four personalities are only archetypes, they are not realities; the reality of the world often skews any archetype, at times skewing it so much that the archetype becomes useless for anything at all, even for representation.  (For instance, reality has dictated that politicians destroy civilization more often than they create or preserve it).  Today we are going to discuss the philosopher. Now, I hate most philosophers and philosophy and I hope you do too because most of it is absolute rubbish and even more of it is futile for good living,  but there is about ten percent of it which is so brilliant that humanity could not possibly maintain sane civilizations without it.  But as the Bible says, if there be 10 righteous men out of 100 it is worth saving the entire lot. Therefore, we shall consider philosophy worthwhile because of these few righteous ones out of the many who are iniquitous. The role of the philosopher (at least in his archetype) is to form humanity. We might say the philosopher fashions what the artist has found; but the philosopher finds his difficulty in exactly that in which the artist finds his joy: complex diversity. Not a diversity of trappings as it is conceived of now, but a diversity of particular experience. There seemed for instance something which made the experience of Sally different from that of Rachel even though both had grown up in the same family with the same parents under the same atmospheric and economic conditions.

As artists grew in number, they noticed very quickly the particularity of their experience and their creation; they decided that at the core of their being was the seed of this particularity and that it was this seed that allowed them to create in the first place. The artists discovered this particularity, but they did not name it; the philosophers did the naming and they called this source of particularity the soul. Now artists tended to be selfish people and convulsive with passion. They perceived rightly that it was such a convulsivity and selfishness which allowed them to create the magnificent art works which they did. The philosophers however soon came to hate artists because the artists were always discovering new things and conditions, and never did the artists bother to organize their observations. So, the philosophers, pensive and irascible by nature, took to decrying the artists and organizing their observations and discoveries at the same time. It is the first example of what I call a creative tension; two principles pulling against each other and by it, they each prosper. The philosopher and the artist keep each other in business. But I said my business was the creation of culture and civilization, so let’s discuss the philosopher and civilization.

As I say, the unfortunate thing about artists is that they don’t seem to concern themselves with how people are able to make use of their discoveries, they simply make the discoveries. Naturally, the first most pressing problem philosophers confronted was how to reconcile this particularity which each person seemed to possess (this might begin to sound Hegelian, but I promise it isn’t). The artist said that this source of particularity, the soul, was what enabled him to create his creations. The philosopher was willing to acknowledge that, but he also petulantly pointed out that this source of particularity came with some possibly unpleasant, even dangerous, aspects.  For instance, everybody seemed to have his own desires, some of which seemed good and some of which seemed bad; there were strange complexes and principles which allowed persons to feel their reality internally, just as strongly as they felt their reality externally. This complex moved them to act from within even more strongly than anything moved them from without. The philosophers called this principle “emotions”, or the sentorium. The philosophers said that the emotions were good because they helped us to feel our reality on the inside as well as the outside and therefore negated flesh-instinct; they said it was also partly bad because the emotion-complex was only able to consider its own reality, and not the reality of other people, nor even the emotions of other people. The emotion-complex could recognize another emotion-complex, but they could not understand each other. The artists, being idealists, saw no problem with this fact; the philosophers, being fatalists, saw perhaps too much of a problem with it. The philosophers told the artists that if people were to live together, they should not rely primarily on the emotion-complex, they should rely primarily on the rational-complex. Or at least some philosophers said this; other philosophers said that if people were to live fruitfully together, beautifully together, then emotion and rationality must be fused, or at least exist together in creative tension.

The (fictional) philosopher Xerne said that if rationality were primarily relied upon than the pursuit of art would be abandoned, and since art supplied the observations which philosophy formed, gradually philosophy would be abandoned. And then we would be little better than animals, even if we still remained talented animals. Another fictional philosopher named Yudahb went even further than Xerne and declared that not only must reason and emotion be fused, but indeed this is what man was made for; this was his highest purpose. Yudahb called this fusion of reason and emotion “empathy” and explicated this characteristic as the defining characteristic of humanity. Empathy is what marks a creature as human. 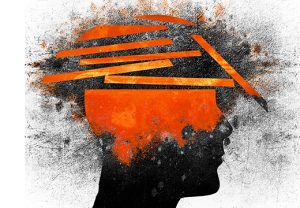 WHEN SENATORS MUST DIE