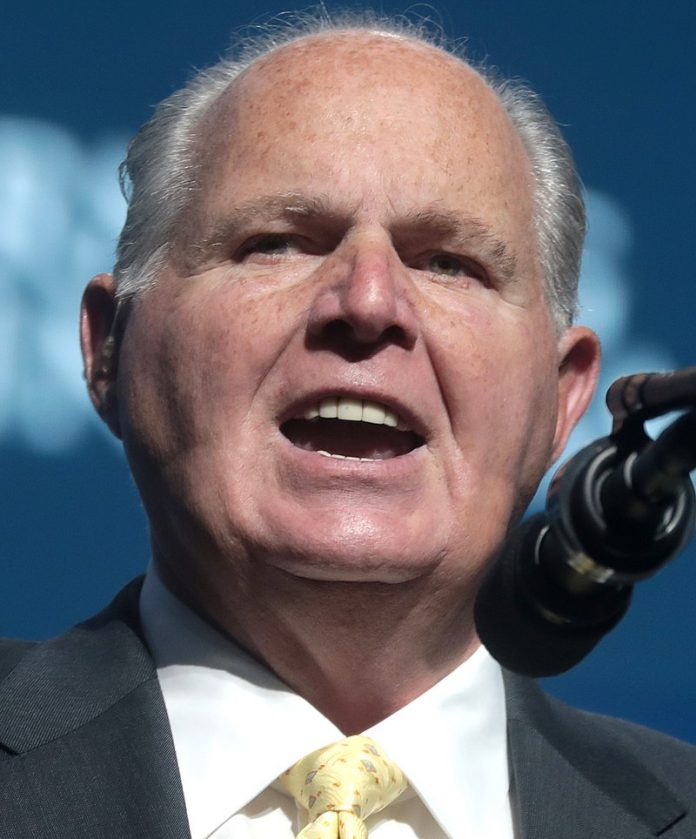 Now that Rush Limbaugh has been dancing on the coals of Hell for a while, it is time to briefly look back upon his toxic legacy, and celebrate the long-delayed death of this horrendous piece of shit.

The most immediate result of his promotion of conspiracy theories is the fate Liz Cheney suffered at the hands of an unruly mob on May 12, 2021. The members of the House GOPQ party voted to depose her as the number 3 leader of the party. The real reason? Because she refuses to ‘bend the knee’ to the seditious and twice-impeached former president of the United States, who this newspaper refuses to mention by name.

A GOPQ state rep from Georgia, Andrew ‘Goebbels’ Clyde, stated after Cheney was tossed out of her leadership post that the event at the Capitol on Jan. 6 was just “a normal tourist visit.” Where did he get this dystopian version of reality? Well, it came directly from horse’s ass, Limbaugh. He stated immediately after the insurrectionist attempt to subvert American democracy: “Yeah, I know they breached the doors and took some selfies. These are Republicans, they don’t raise mayhem,” Limbaugh scoffed. “They don’t know how.” In response to this and the ouster of Cheney, presidential historian Jon Meacham said on May 13 that members of the party Clyde belongs to are “attempting to take the Constitution and pervert it for their own reasons.” They are in fact traitors to humanity, and traitors to the United States. Limbaugh was one of them.

This grotesque excuse for a human finally descended to his new home on Feb. 17, 2021. As Mark Twain once observed on the death of a noted public figure, “I did not attend his funeral, but I sent a nice letter saying I approve of it.” Quoting from a letter to the editor in the St Louis newspaper, “I believe his insults and slurs helped normalize the dehumanization of people with whom one doesn’t agree. Limbaugh helped pave the way for D. T. and others to bully and insult their way into political power. Otherwise-good people began to tolerate him. He called 13-year-old Chelsea Clinton the “White House dog” because he didn’t like her dad.” Limbaugh also said most of the faces on wanted posters should look like Jesse Jackson.  Limbaugh repeatedly played a song on his radio show ‘Barack the Magic Negro’.

In John K. Wilson’s appropriately-named book, The Most Dangerous Man in America: Rush Limbaugh’s Assault on Reason, Limbaugh was quoted “When a gay person turns his back on you, it is anything but an insult; it’s an invitation.”

He said “The Earth’s eco-system is not fragile.” And:  “I’m sorry, folks. I’m repeating things that could very well just be not true. It’s in the media. I don’t know.” His lack of intellectual integrity was on a par with his anti-gay, conspiracy-laden and racist mind.

The poison that he infected millions of minds with, via the airwaves of his radio show, has done more damage to this country than any physical attack in American history. He said “I sit here in full knowledge that were I to open up and share with you my genuine, real thoughts about what’s going on in this country, I’d be brought up on charges.” Charges of what, I wonder? Treason? Instead of being charged, he was awarded (from one big fat idiot to another) the Medal of Freedom!!!!!! Sun News calls for further awards of this medal to be permanently suspended, as its very meaning has been totally undermined by this act of national disgrace in 2020. The one particular award he was given should be rescinded, and re-issued as the Goebbels Award for Disinformation. A newly-named award should replace the Medal of Freedom.

A headline in Rolling Stone on the day of his welcome death, says it all: “Rush Limbaugh did his best to ruin America.” In his unwavering support for the seditious and twice-impeached former president, Limbaugh’s toxic legacy is secure: His existence was an affront to humanity. His name will forever live infamy. His soul will forever burn in Hell.

I have been told by some, after reading this editorial, that Limbaugh was not homophobic. Let me quote the following: Paul Johnson, assistant prof at the Univ of Pittsburgh, tweeted “Rush Limbaugh had a regular radio segment where he would read off the names of gay people who died of AIDS and celebrate it and play horns and bells.” British political commentator Ash Sarkar wrote “In the 1980s Rush Limbaugh hosted a regular radio segment called ‘AIDS Update’ where he celebrated and mocked the deaths of gay and bisexual men. May the hatred he spread in life be buried with him.” In 1988, the Los Angeles Times reported that Limbaugh said “Gays deserved their fate.” No one more evil, no one more vile, no one more filled with hate. That was Rush Limbaugh. Let those who admire him reflect upon what they believe in. 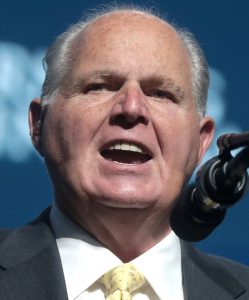 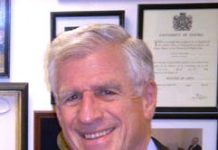