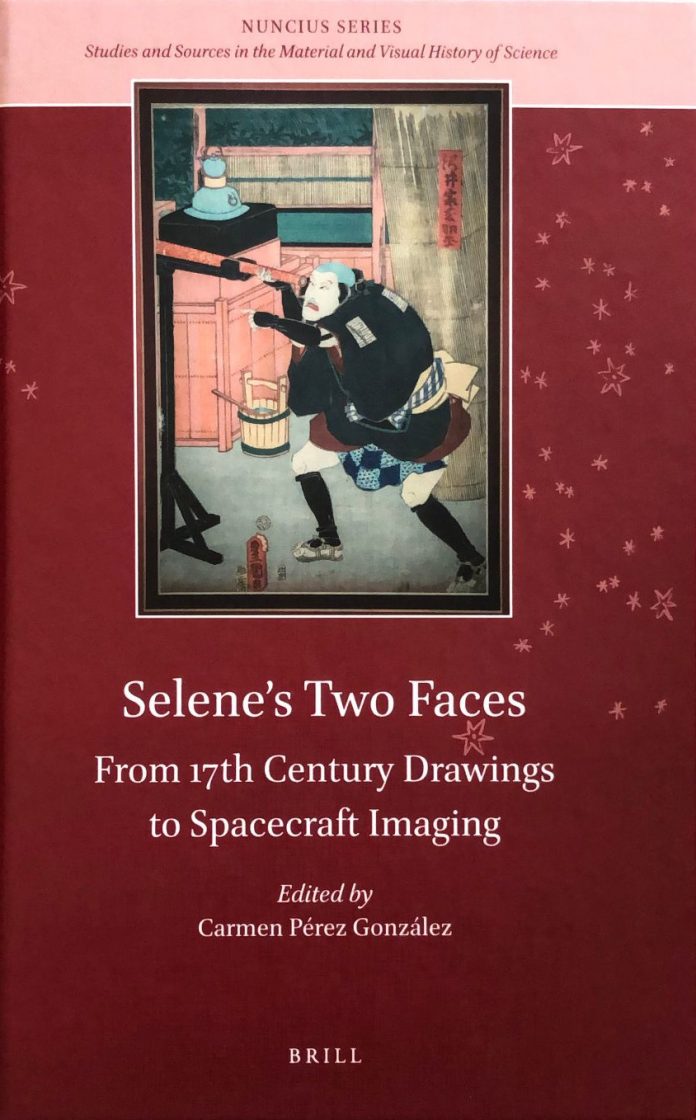 This book review is written by lunar expert Frank Manasek

In a somewhat quixotic collection of eight chapters (my copy repeated the first 62 pages, hence the curious collation; the properly printed book is xv+310) this book covers a vast amount of territory, ranging from a conventional chronological review of visual lunar cartography to in-depth analysis of James Nasmyth’s 19th century lunar work that combined visual observation and photography in a unique fashion, to surface photography from spacecraft and to cameras held by men on the lunar surface. There are also discussions of telescope use in Edo Period Japan and non-telescope use in Iran. Clearly the book is wide-ranging, a feature this reviewer finds refreshing, especially since it ranges from elementary surveys to in-depth analyses and brings together, although perhaps not integrating, several scholar’s interests relating to the Moon. It is a good addition to a lunar library and Carmen Pérez González’s introduction is essential reading to help tie together an otherwise loose work.

Pedro Reposo in his chapter “One world is not enough” presents a concise, much abbreviated timeline of lunar cartography. This chapter is particularly useful to readers unfamiliar with the history of selenography.

In a somewhat curious chapter, after a brief but interesting review of early Muslim astronomy and observatories Carmen Pérez Gonzalés introduces us to the telescope arriving in Iran in the 17th century. It is noted that for about 200 years nothing was produced with the telescope until modern science was introduced to Iran in the middle of the 19th century. Much of the chapter is taken up with Iranian scientific history, most of which chronicles the failure to use the telescope for astronomical research; thus, its engagement with the Moon is tangential. It is nonetheless a fascinating scholarly insight into an area many of us are unfamiliar with.

Moving eastward from Iran, Tsuko Nakamura provides a most interesting and detailed study of the Moon and telescope in Japan. Introduced in 1613 the telescope was soon copied in Japan in the 18th century when Short’s Gregorian telescopes were imported. Of particular interest are the illustrations of early Japanese Moon observations. Japan was culturally isolated from the world and this absence of cultural exchange is apparent with the Asada 1770 drawing of the moon (P 98), far inferior to the European standards that had by then evolved to the level of Tobias Mayer. Asada was more akin to Harriot than Mayer, a 200-year delay. The subsequent evolution of selenography in two distinct, separate cultures (Japanese and European) isolated from each other, provides the historian with an excellent laboratory to study the acquisition of tacit observing knowledge.

Omar Nasim’s chapter on Nasmyth is a thorough survey of his work, nicely integrating visual and photographic efforts. Photography was utilized brilliantly by Nasmyth by photographing models, not by photographing through the telescope. His major work, The Moon, is noted for its superb Woodburytype illustrations (p186): these are not ‘cast images’ as Nasim states; actually the photographic image is projected on light sensitive gelatin which, when treated, was used to make intaglio lead plates from which the image was produced.

Nasmyth published a pair of images of a wrinkled hand and a wrinkled apple to demonstrate shrinkage. Nasim runs with the hand, citing an obscure footnote in Nasmyth’s edited autobiography concerning Richard Beamish, a palmist and charlatan who made casts of hands of different races and social classes. Nasim then relates the casts and outline drawings of these hands, resident in a museum, to the plaster models made by Nasmyth’s hands, the hands of an engineer. One may justifiably wonder if this lengthy discussion of anthropometry of the hand along with Beamish and his “psychic hands” (p. 179) either informs the reader about the Moon, or contributes to further the understanding of Nasmyth’s work.

Nassim does emphasize the repeated corrections that Nasmyth made to his drawings as he observed, bringing up again the “eye-hand” dialogue. Indeed, Nasmyth makes a point of emphasizing the care with which he studied the Moon in the preface of his book, quite possibly to lend more credence to his observations and conclusions. Such “back and forth” between drawing and subject is not unique to telescopy but every artist constantly refers to the subject one is drawing. Nassim also includes a useful bibliographical distinction between the first and second editions of The Moon, both published in 1874. The second is noted primarily for the number of Woodburytypes included. Evidently the complete suite was not ready for the first edition. Nassim does a splendid job in presenting Nasmyth’s work.

The remainder of the book concentrates primarily on photography. Michael Geffert presents an excellent history of lunar photography at Bonn. Bonn is, to selenographers, noted as the observatory where Julius Schmidt began his prodigious observing program completed later at Athens. It was also where Karl Küstner took a remarkable series of lunar photographs. Only later rediscovered, these images have achieved the status of art objects illustrative of their period and are displayed as such. Detlof Groote discusses astrophotography at Hamburg Observatory discussing not only image acquisition but data storage.

The final chapter by Pedro Ré and Carmen Pérez González takes us to the modern era of photography both from space and the lunar surface. It also has nice examples from the exceeding scarce earth-based Consolidated Lunar Atlas. Included are many images of the Soviet Luna probe. The collaboration with Hasselblad to design cameras suitable for work in space and to be taken to the Moon is well documented and fascinating.

This reviewer faults the book not on its topical diversity which is perhaps a bit too wide for a book of this size, but for the quality of the illustrations, a fault of the publisher more than the authors. The small 4to format is simply inadequate to do justice to the authors’ efforts and often the quality of reproduction too poor. Illustrations must have purpose and must be large enough to demonstrate that purpose. Yes, we can see that a picture is of a telescope but we cannot discern technical information, especially regarding the more unusual configurations. What is the purpose of showing Russell’s Seleographia? Is it to simply to demonstrate the existence of a Moon globe or is it to permit the reader to extract information from the image? There are many such examples. Authors must decide why (and if) an illustration is important and then choose an appropriate scale to demonstrate that importance in a legible fashion. Publishers should accommodate them. 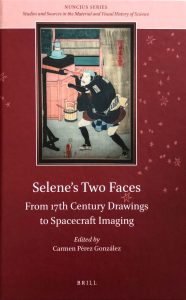 The Lake of Memory

THE GOD OF ROME