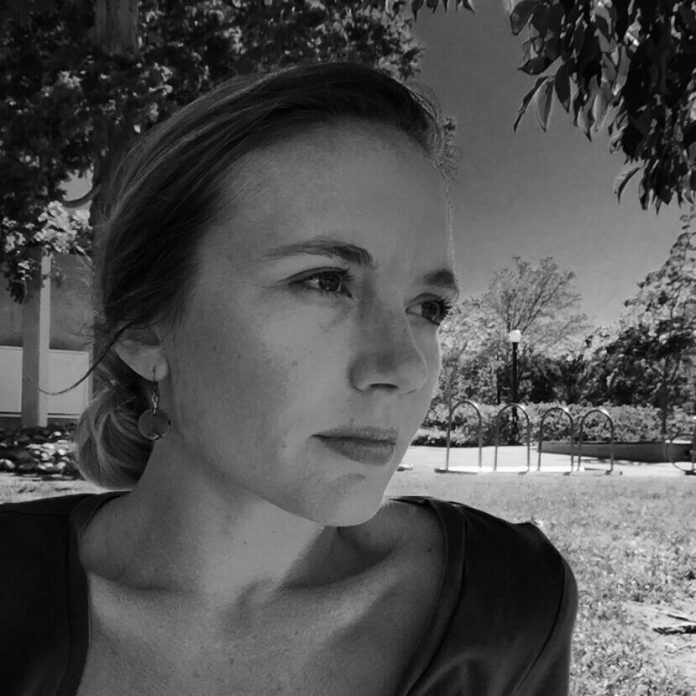 I hate the Academy. It seems full of myopic, well-read idiots who think that having a PhD after their names make them of a superior race. To my chagrin, one of the Academy’s adherent’s occasionally produces a book of great intellectual value. Lucy Alford is one of them; she has written Forms of Poetic Attention (a bland title for a ferociously interesting book) from Columbia Press which is an “investigation. . . .looking at poetic form through the lens of attention and looking at attention through the lens of poetic form.” That is the simplest sentence in the book. Stylistically, Dr. Alford is not an accessible writer, nor does she attempt to make herself so. (Please know the word ekphrastic before you read this book. She uses it nearly constantly).

There are a plethora of sub-categories even after this, which I shall not tell you here, because that is what the book is for. After the first chapter, her book is really an exploration of diverse poetic repertoire, which she makes use of to give life to her own theories. “In order to honor and illustrate the trans-historical yet historically inflected nature of poetic attention, this book draws from a wide-ranging archive.” Her greatest and most interesting chapter is on Desire (one of the modes of transitive attention) in poetry, and that is partly because it contains the two greatest, or at least most important, poems in the entire book. Those are Shakespeare’s sonnet number 18 and Robert Hass’ Meditation at Lagunitas. For the sake of attention (ironically) and paper-space, I shall study only one—Hass’ Lagunitas.

“The idea, for example, that each particular erases/the luminous clarity of a general idea.” On this, Alford says “ We learn that living particulars are only fallen and third-order stabs at the ideal, and the ideal is a space in which no life draws breath”. These words call to mind Diane Louie’s reminder that “Life isn’t geometric.” (This is, after all, why we need poetry, for poetry is artistic calculus. It is the study of non-geometric things by fracturing them into smaller components.) Hass’ and Louie’s message is precious for a society which is lubricating itself in identity politics—the idea that people are reducible to group-grievances and that they ought not to be considered for their own individuality, but only based upon which group they pledge loyalty to. This is one portion of one chapter, but really I have given the nature of the entire book. Such explorations are the formula of the various chapters, albeit changing the interpretive modes (of attention, say, from Desire to Contemplation). I am not always convinced by Alford’s dichotomies. She says that desire is a mode of transitive attention, but often it seems more intransitive.

Now, I really should say that this book is brilliant in many ways. However, and I say this cautiously and with hesitancy, that I wonder whether such a book as this is needed right now. At the end of the book, like Zarathustra emerging from his solitude and greeting the Old Prophet in the woods, I said to myself, “Can it be that she has not heard? Poetry is dead.” It was mercifully killed by TS Eliot so that it would not have to commit suicide. It is no longer word incarnate, for it does not believe in its own power to give life by the very pronunciation of language. It does not go forth from its creator and accomplish its purpose. It is now “Decreation”. Alford perhaps proposes an answer to this. “It’s not the world that changes in modernity, or the human brain, but the prevailing mode of looking, increasingly characterized by selectivity, narrowing, and elimination of the environment in favor of an increasingly closely defined set of technological, aesthetic, and political concerns.” But I don’t think so. People do not bother looking not because they have a narrow concern, but because they have too broad a concern. They don’t bother seeing creation because they cannot change it. And creation needs to be changed. The Word no longer goes forth into the physical universe and transforms it. That is, the word of poetry.

Modern poetry is read by almost nobody. It has no influence. It is dead or dying. Also, I do not think Alford gives us a very good reason to read poetry. She says that it has the capability to form our attention. That is no reason at all to read poetry, for in that case, the vocation of poetry has no uniqueness, and there are ways of forming your attention in far less subjective and dangerous ways. Alford says that poetry can form our judgement and perception, but it cannot. It can only blur our judgement—but it can help us feel ourselves and understand humanity. We should read poetry because we need to understand life—understand it by experiencing it. This comprehension is not intellectual, it is sensual. And those who understand life in diverse ways are more likely to live life competently. Right now, the modern world lives life very incompetently. But let us not end on anything negative.

The value of Alford’s constructs is that they comprehend poems as eternal microcosms of living experience. They (poems) create our consciousness while they are being lived on the several levels of human faculty: “Poetry. . . .requires attentional engagement across sensory experience including the visual. . . .the aural. . . .and the tactile”.

I would suggest reading, as a companion, Fractal Shores, by Diane Louie, because it shares the same philosophy. Since it is a poetry book instead of a poetry analysis, like Alford’s book is, Fractal Shores can be interchanged and used as a fraternal twin to Forms of Poetic Attention for material application of Alford’s methods. Despite the fact that I have dedicated portions of this review to hard criticism, I recommend Dr. Alford’s book on poetry. Poetry is the opportunity to live a thousand lives within one lifetime. It is living experience. It is understanding. It is wisdom, and wisdom might well be the path to salvation.

Lucy Alford is assistant professor of literature at Wake Forest University. Her poems have appeared in Harpur Palate, Literary Matters, the Warwick Review, Streetlight, and Atelier. This is her first book.

Forms of Poetic Attention is $65 from Columbia University Press. 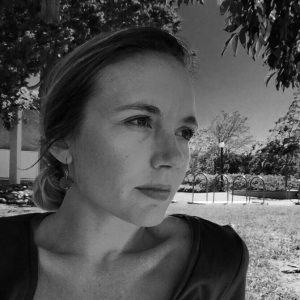 THE FALL OF DEMOCRACY

The Secret of the Universe