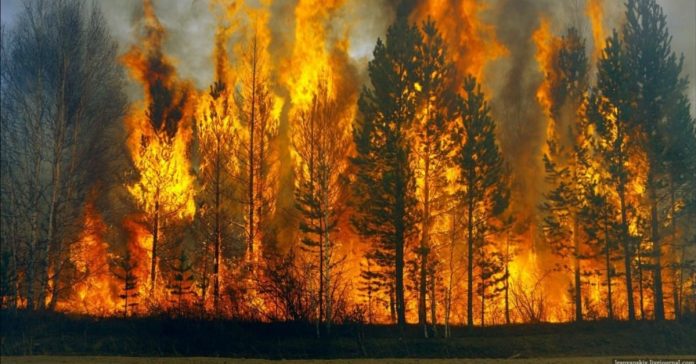 I talked with God today.  He said he regretted his pledge to Noah not to exterminate Humanity again.  I offered to find him ten righteous people, but He said He had searched accordingly and found three. After this, I went to thinking that Humanity is not in a good state.  It has not been ever since the Enlightenment age dawned.  For some reason or other, the lunatics and the poets let humanism decay and turn into a decadence of spirit which permeates what I call “mankind’s incompetence at living”.   There is an ancient scripture which has this verse:

If one becomes listless and depressed, it is because he cannot find himself within this reality.   He has lost his will to conquer the hardships of life.

So you see that the phrase, “incompetence at living” is very similar to the idea of being unable to find oneself within this reality.

Let’s agree on a certain self-evidential aspect of modern life: many persons, especially young ones, are depressed and in a rather bad state.  I suggest that incompetence at living is the cause of this depression: people do not understand how to find themselves within reality.   I think that this is because young people are distracted throughout the time they are growing up, and when they have become eighteen or nineteen, they discover they do not know themselves.  They do not know their vulnerabilities; they do not know what they want to do, or how to go about doing it.  They are not friends with themselves.  This is a very dangerous dilemma for a young adult to be in because life is vicious and without rules.  I suppose an analogy could go like this: If you put someone up to play a piano who hasn’t any familiarity with the instrument, they won’t play well.  Likewise, the primary instrument one has for living life is one’s own body and brain and emotions; If you put someone up to live life who has no familiarity with his own body or brain or emotions (one who has not come to know himself), he won’t live life well.

Now, for the purpose of this article, imagine you are a twenty-five year old person who does not know himself very well.  You grew up distractedly, like the rest of children in contemporary society.  You are now thrown into the circle of life without any mercy and you must live.  In the first place, you would want some means of orienting yourself in reality, which I alluded to above.  Also, the means to orient yourself should be permanent, because life is a lot of change too quickly and too much change too quickly is simply the definition of chaos.  In order to counter chaos, you search for a principle of stability: that is identity.  Identity is the human’s means of orienting himself within reality.  Identity should be stable and therefore it should have some permanence.  There are some people who say that you cannot know yourself by eighteen; they are silly.  You can know yourself as you are at eighteen, which means that you can know yourself.  Experience will change you throughout life, but your job is only to keep up with knowing yourself as you change.  I can say then that a good identity should be a constant project of knowing yourself.

You grew up distractedly, like I said.  So you do not know yourself, which means that you have already disadvantaged yourself regarding choosing a stable identity, and therefore a stable means of orienting yourself within reality.  The other aspect of life which was alluded to above is that it is cruel and lawless.  It is like a lion; it is hungry and vicious and an apex predator.  If you do not know yourself, You are like a lamb; if you are alone, your chances of being eaten by the lion rise one thousand percent.  Your best defense is to find a large group of sheep, with a shepherd, and remain with them.  They have more ears and more eyes and they all look the same.  Nobody stands out, which means you do not stand out (some say that this is the security of being unexceptional and the danger of being great).  Your chances of being eaten by the lion fall one thousand percent.  Perhaps in that same spirit, a poet wrote, “the easiest place to be/a tree is in a forest of trees./ (That is, until the fires come/and the presence of so many bodies becomes a quick death).”  (I like that image, particularly respecting the fires.  It is a powerful way to understand life.  I will return to it).  The point of the initial metaphor though, that of the lion and lamb, is that you, who do not know yourself, would do best to find a large group of creatures who are exactly like you.   Life, the lion, is less likely to find you there, and even if he does, there are ten-thousand other lambs, or sheep, who look exactly like you.  The chance that you will be attacked by life, the lion, is one-in-ten-thousand.  Moreover, there is a shepherd who shall defend you (supposedly) and who shall watch against the lion’s coming in the first place.  Of course, the unfortunate side of safety in the flock is the loss of freedom: in order to remain in the safety of the flock, you must go where it goes, and it must go where the Shepherd directs it.  In order to keep safe your body, you must give the flock your mind.

The point of all the above making-metaphors and explaining is this: too many people have grown into self-ignoramuses.  Too many people have reached maturity and realized that in fact they know themselves not at all.  They do what is most sensible after realizing this: they flee to a flock.  Society is filled with different flocks now.  Each flock distrusts the other ones.  Society has racial flocks, and sexual flocks, and intellectual flocks, and political flocks.  Or perhaps, in the vein of that poet above, society is filled with different forests.  Each forest has its keeper, and each forest is growing so rapidly that each is encroaching on the others’ lands.  The keeper of each forest is trying to burn every other forest down.  It is easy to be a tree in a forest until the fires come; at that juncture, there is no such reality as “safety in numbers”.  Numbers, the presence of too many bodies, becomes the opposite of safety, a “quick death”.  This is what is happening in society today: the keepers of each forest, particularly politicians, particularly politicians of a certain party, have set fire to every other forest and the safety that was found in numbers is vanishing as quickly as the smoke of the fires is building.  It is the consequence of a society full of small people, people who are not willing to be great, or people who think that they are great simply because they are large (rich or powerful or intelligent).  Big trees burn too, as well as small trees.  It is the trees who are alone, the trees who grow without the protection of the forest, who shall escape the fire.

I return finally to the trinitarian principle of 1.1.  Perhaps you see now the usefulness of flocks for all those, especially in politics, who wish to control large groups of people to consolidate their own power-structures.  If you convince someone that his experience is the same as many other people, you convince him that he should believe the same things as all those other people, and further that he should act the same as all those other people.  It is a convenient way of marking out for someone which flock is his.  Incompetence at living life has become dangerous because it has become endemic. Incompetence at living life has bred millions of young people (and not-young people) who are ignorant of themselves and so flee to the stability of a flock.  They are simultaneously discontent because they have sacrificed their own will, which is anti-human nature.  It is disaster ripe for happening.  This article is not long enough to propose a solution.  That will be the next article. 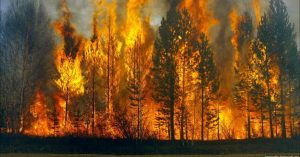