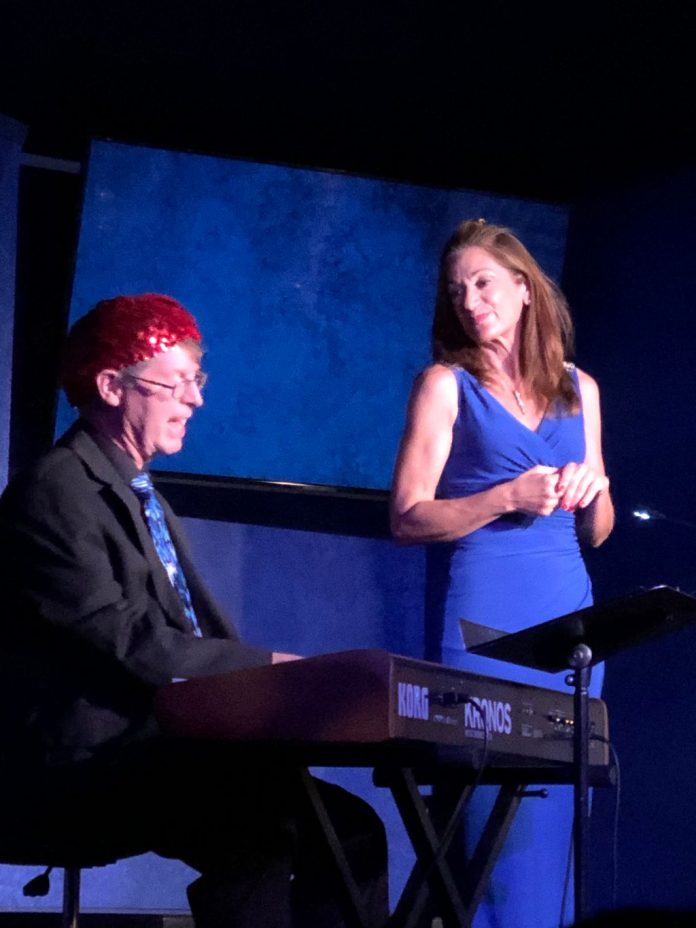 It is indeed April in Paris. This 1932 song led off a musical tribute to all things French at the Invisible Theatre yesterday, courtesy of harpist Christine Vivona and her husband trombonist/keyboard player Rob Boone.

With pandemic guidelines still in effect, only 20 people were able to enjoy this Saturday-afternoon concert, but it had the intimate feel one gets in a small jazz club. The concert relied largely on old standards such as I Love Paris, but there was a dash of 2021 with The Pandemic Blues, an amusing number sung by Boone. 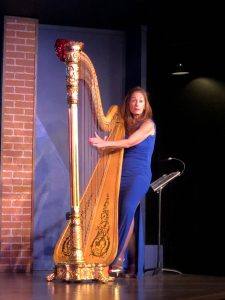 With her harp, Vivona imparted a dream-like quality to If You See My Mother, a composition by the irascible jazz great Sidney Bechet. But it was her delivery of Le Vie en Rose that struck the greatest chord with audience members, one of whom told me she “felt very elevated” by it. Vivona also did an exceptional take on Variations on a Theme by Mozart, which was based on his opera The Magic Flute. This composition from the 1820s, by the Russian composer Mikhail Glinka, highlighted the fact that the “harp was very much in vogue” in 19th century Paris. It was regarded as an acceptable way for women to express their talent. The Glinka composition is quite complex, which led Boone to quip after his wife finished: “She thinks she’s getting paid by the note.”

Boone took the concert in a different direction, with tunes such as Basin Street that came out of the French Quarter of New Orleans. This section also led to a discussion of Gershwin’s American in Paris, which was first conducted in 1928 by Walter Damrosh, director of the New York Symphony Orchestra. Damrosh made a point of importing musicians from France to improve the quality of the Orchestra. The audience was informed Damrosh was a cousin of Boone’s great-grandfather.

A member of the audience who has been involved with Tucson’s education system for many years appreciated the fact the concert “was very educational, with their commentary creating a context for each piece that made it a richer experience.” She also noted the imitative quality of the harp, which sometimes resembled a piano and at other times a celeste. Another audience member appreciated Vivona’s “strong voice when she told lovely anecdotes about her personal history and children.”

A concert created from their own repertoire, with a mix of old-world French music and newer trendy tunes, it was at times very whimsical in nature. A delightful way to spend some of April in Paris, vicariously from Tucson.

The concert will be repeated today, April 25. From June 9-20, Invisible Theatre will present the play Tiny Beautiful Things. Call 520-882-9721 for reservations!