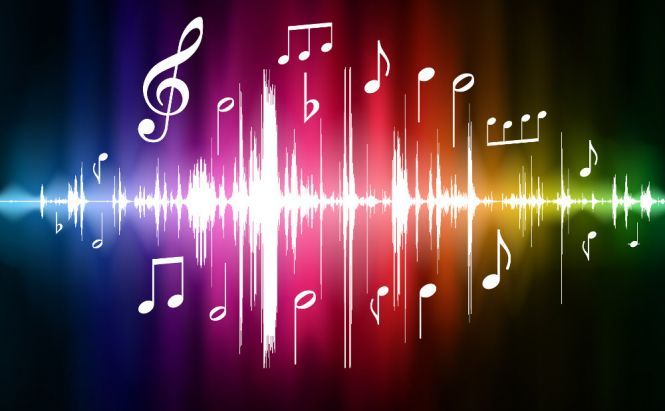 I do not distrust the idea that sound has inherent ambition, but notice that I said music endows “discovered ambition”. I do not believe, paradoxically, that music has inherent ambition, else I could not maintain that music is sound infused with ambition. The composer, the performer, the audience all infuse music with ambition. That is a convenient philosophy for music and it is a convenient philosophy of life, so I will indulge the idea at length. There is a Trinitarian construct for this: The composer creates ambition, the performer realizes ambition, the audience interprets ambition. Musical ambition-musical meaning and meaning beyond music (I might even say colloquially that the ambition of music is really the direction of music). The experience of musical pleasures actually depends to an extent on one’s ability to recognize-though not understand-musical ambition. I mean “recognize” to signify “experiencing music and believing in its potential”, and nothing else. Ambition endows meaning manifestly. Imagine for instance, a room, empty of all things but a man who stands in its middle doing nothing; he only stands. Another man walks in and tells him to go outside the room and knock three times on the door and enter again. The man who is standing in the middle of the room now takes into himself a purpose, and therefore an ambition, and therefore something against which to measure reality. He now has a reason, however small it may be, to push back against the callousness of reality. The greater the purpose and ambition, the more substantial the reason to push back against the callousness of reality. One may not fight ferociously against obstacles if one’s ambition were merely to knock on a door three times, but if one’s ambition were to save a loved one from death, one’s fight against the obstacles of reality would certainly become ferocious.

Music, of course, is more esoteric than all of this. It is waves and vibrations. But because it is waves and vibrations, it is pure physical reality, or at least as pure as reality can become. The experience of these waves and vibrations, endowed as they are by various levels of manipulation and ambition, compel us to experience ourselves and our sense-perception, but simultaneously to transcend our self-experiencing. Therein lie the mysteries of music and the myriad meanings of music. The most natural way to root someone in reality is to force him to experience his own body. It is, in effect, a manner of reminding him that he is a prisoner within a physical construct. Life without meaning is like floating in the clouds; it is life without anchor, and consequentially life without control. Music is a sense experience, and so it must necessarily drag us from the clouds and anchor us to this physical construct called body. Or must it? After all, if this is the mystery and meaning of music, it is not exceptional. Noise is a sense experience; noise is able to drag us from the clouds and confine us to the physical construct called body. Is music, which is ambitious sound, to be equated with noise, sound lacking ambition? I dare not undermine myself by saying so. Instead, I return the suggestion that music is the realization of sound potentiality and at once the propagation of sound potentiality. It leaves our head in the clouds, or at least our soul in the clouds. Because music is waves and vibrations, it is privileged with unmediated access to the soul, which I might say resides within the body but is not confined within the body. Music has wisdom; music acknowledges that the soul prefers to experience through the body, and music certainly enters the soul through the body. Music also knows that the soul resents being confined to the body, and rather, in its wave-like aspects, glories in its ability to permeate thru the body and outward. Music passes through the body into the soul, but it does not pass through the body untouched or untainted. It retains a physical charism which allows it the rare capability of being able to communicate freely between the body and the soul. Such a charism identifies music as one of the three highest arts. Now to return to modern music (I know it’s depressing in the midst of such a pretty conversation, but I really must), modern music really does not want to pass through the body into the soul. It wants simply to hit the body and bounce off. It wants to make the body move, but not the soul. Modern music doubts the existence of the soul, like the modern world since the era of enlightenment. Modern music is unwilling to invest its potentiality in the soul-experience; it dedicates its potentiality to body-experience because it knows the body is there, but also because the body responds flamboyantly and blatantly to manipulation. Sound has the too-little-understood ability to slice thru reality; modern music merely pounds reality, or some form of pho-reality, into every orifice of the physical construct. Like modern language and literature, modern music localizes one into the single point of the body and constricts him there. One cannot even know whether those around him are sharing the experience of localizing because the noise (modern music is noise only) drags one in and down and around and around. Noise makes one feel his own reality viscerally and leaves no space to feel another’s reality. It is conspicuous that modern music is very rarely without voice. The “music”, especially in genres such as rap, merely resides in the background to bestow upon the voice extraordinary volume and also as an impetus which hits the body and rebounds, making the body move. The language of our song now is the assimilation of common phrases on common themes belied by sound which knows not why it exists, but knowing that it does exists, glories in the feeling of its existence by indulging in acts of audible extremism.

I would not hesitate to say that modern song corresponds very well to the idea that if one doesn’t know what one wishes to say, one distracts by speaking a lot on nothing at all. Of course, modern music’s investment in the existence of the body rather than the existence of the soul begs a curious question: why has modern music actively confined itself to the existence of the body? Music need not confine itself to the epistemologies of science, nor to that field of ignorance called empiricism, so it does not need proof of the soul. Music, like sound often, uses echolocation to affirm the existence of some substance. Because music is waves and vibrations, it can throw its echoes even against the soul and wait for a re-echo, for the soul has substance. Why doesn’t it even then experiment with the existence of the soul? Because the body is a simplified expression of the soul; it is easier to touch, and therefore easier to pleasure. And people but pleasure of the body en masse, whereas pleasure of the soul is a callous market, unforgiving and uninsured. Music, as all art and education did, became a business, so it needed commodities for sale. Music needed commodities cheaply made so as to be cheaply delivered to people who needed them for cheap purposes. Cheap purposes such as escape and indulgence. These cheap purposes tell of a unique phenomenon which arose on the shoulders of modern wealth and government (both of which I embrace wholeheartedly. American government, after all, is a modern government). Before the modern era, the great majority of people preserved only their animality; they wished merely to eat and sleep and survive poverty, a poverty that was slow death anyway. If one were not of the majority, one could indulge in developing a humanity, and if one were rich enough and generous, one could buy and sell it for convenient prices. Before 1800, when God was not yet in exile and reality was the possession of Satan, escaping reality was not an option. Reality killed those who tried to escape her and degraded those who tried to indulge apart from her, excepting those who were rich enough even to cheat reality. With the rise of modern governments and economics though, most everyone was able to cheat reality, at least to a degree. In that area of the world known as the “developed world”, even the poor became rich enough to cheat reality. Before the modern world, Reality still had a monopoly on most of existence and mass-produced “punishments” called consequences. Modern government and economics were largely able to exterminate consequences; perhaps that is why sensible people are an endangered species. And thus there existed great amounts of people who were stranded half-way between humanity and animality. They decided to remain there, they decided to forgo ambition of a greater existence, and invest this new-found freedom from reality in forgetting all there was to forget. They forgot they were half-way between animality and humanity and demanded that education and art assist them in this venture. Northern art nor education needed to be elaborate to accomplish this, just widely available and easily disposable. Because they themselves had little ambition, and therefore little interest in any potentiality greater than the present, these people demanded that art and education lose ambition also. Lack of reality felt good, pleasurable, so they wanted art that made them feel their own existence, rather than transcend it. They wished to be anchored rather than lifted. Ambition and potentiality (the features of my respective definitions of music) were not easily embraced, for they suggested a desire to a higher reality with greater promise. But the people had felt no reality; they did not want any of reality back, no matter in how high a form or with what quantity of promise. They did not crave sound infused with ambition, which only suits those who themselves are infused with ambition, or open to being infused with it. The people craved sound without ambition, even sound without the potentiality of ambition, because they themselves were without and ambition or its potentiality. Some people call that popular culture, but I call it the prostitution of humanity. Two different titles for an identical idea. It has been said that the modern world cannot feel; but the modern can feel, only without comprehension. It hates itself and loves itself in turns without knowing itself; they are both forms of vanity and therefore of superficiality. Whether we will comprehend ourselves again is yet to be answered, but we will never comprehend with modern music. 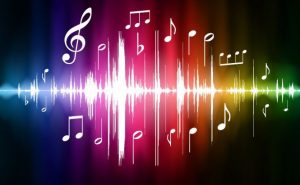 The Shadow of Beethoven