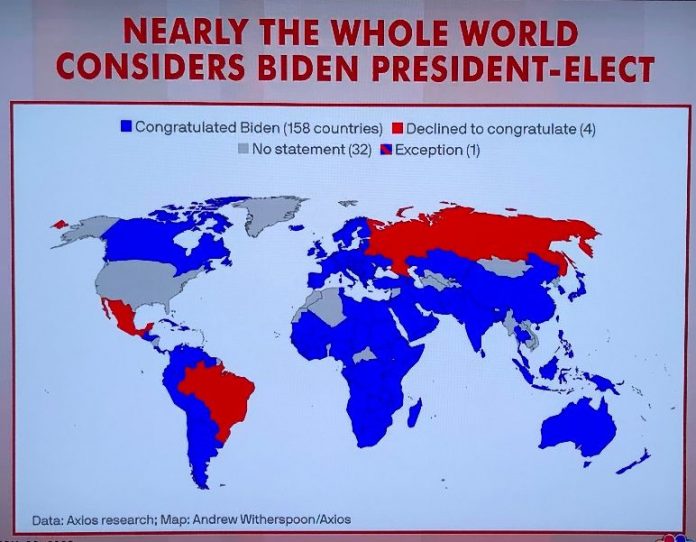 Mike Pompeo, acting Secretary of State of the Russian Federation, has stated he is preparing for a smooth transition to a second Trump Administration.

As the map prepared by CNN above shows, virtually the whole world has recognised Joe Biden as President of the United States. Russia is the biggest exception. Thus, it is not surprising that Mr. Pompeo is promoting the views of his boss, President Putin.

Pompeo is currently on a junket to several countries. He is taking his wife on this trip, which is being paid for by the American taxpayer. In France he is such an embarrassment that he was being banned by the government from any press conference in which he can spout his traitorous views on French soil. By deliberately undermining the electoral institutions of America before the entire world, his continued presence on this planet is deemed an affront against the Western World and Democracy. The flag he holds allegiance to is red, white and blue: it just happens to be the Russian flag.

Sun News calls on the appropriate federal authorities to arrest Mr. Pompeo on charges of treason against the state.