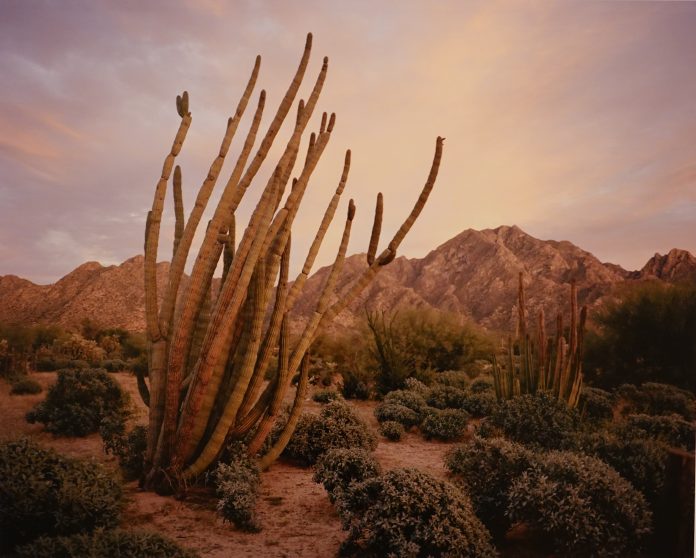 Oscar Wilde said that artists never see things as they truly are, otherwise, they could not be artists.  But how could any artist see things as they truly are?  Poetry is artistic calculus; it fractures the non-geometric shape of life into many thousands of simpler experiences.  Experiences so simple, they may become geometric, and thus life becomes easier to contemplate.  Or perhaps poetry simply fractures life into individual perspectives, which collectively can be called the human consciousness.

Where the clouds are formed is one of those individual perspectives, non-geometric and incalculably expansive-or infinitesimal.  Who can say? It is a photographic gallery of that desert area between the border of Mexico and the U.S. and various other regions around this area.  Each photograph is coupled with a poem.  The gallery, which is a special exhibit now at the Tucson Museum of Art, is I think a form of activism, both political and cultural.  Without diminishing that aspect of it, I shall not talk much about it.  I am more interested in what this exhibit – this geometric shard of experience – can tell us about the non-geometric whole of life, and the permanence of life.  As Harold Bloom would say about Toni Morrison’s feminism and A.E. Houseman’s artistic humility, the greatness of the poetry in this gallery “transcends” its own self-interest. 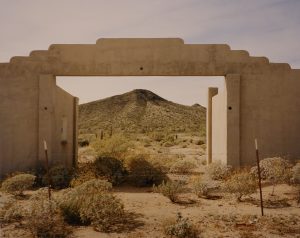 I might say that the greatest observation, and therefore the primary theme, of the poetry in this exhibit is that nature has been corrupted by mankind.  That the desert is being used against its “intent”.  To reprint the words of an anonymous poem “Nature is corrupted by those who would rule it.”  We -humanity – have occupied nature for so long, and we have been comfortable in corruption for so long, that nature has taken on our corruption because we have forced it to.

“Each tiny blade of creosote leaf has a memory of the people that have/come through/The sand absorbs the tears, nightmares, sorrows of the walkers./It muffles their cries./No one can hear them./This was never the intent of the desert [emphasis my own].”  Interestingly, the entirety of the poem suggests something even more essential than that nature has attracted our corruption; the poem suggests that nature has been used against its own purpose to strengthen the oft-repeated maxim that “nature is cruel” – to which, in the spirit of this poem, we might add a Nietszchean suffix-phrase – “because we have made it so”.  Nature is not fallen though, for that honor belongs to mankind alone.  There is beauty and there is greatness in nature, in this poem entitled Cloud Song that accompanies the lead photo with this article: “Greenly they emerge./In colors of blue they emerge./Whitely they emerge./In colors of black they are coming./Reddening, they are right here.”

The singularity point of attention goes from present to future-in-the-present to present once again.  And that is the only way to live life with any competence or sentiment:  in the present with expectation, and yet not ignoring the great pain which all peoples suffer.  The Tohono O’odham people, I have no doubt, have suffered too cruelly.  My affinity is spiritual: I too pray in the Name of the Father, the Son, and the Holy Ghost.

Poetry at the exhibit is by Ofelia Zepeda, PhD, Tohono O’odham. The images in this gallery depict Tohono O’odham villages in Quitovac, Cu:wĭ I-ge:sk (San Francisquito), and Sonoyta—towns located in Sonora, Mexico—as well as Quitobaquito and the surrounding lands in Southern Arizona. 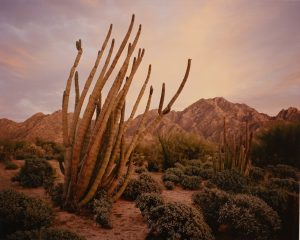 Jekyll & Hyde at the Ballet