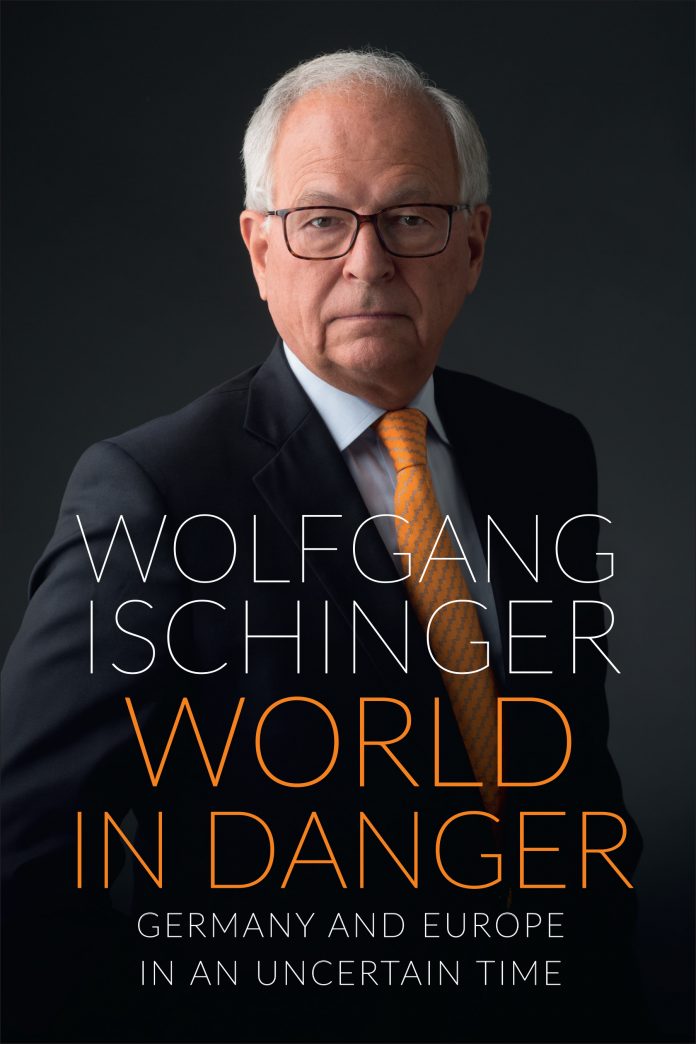 The average citizen who views the barrage of news each day is usually confronted with one or two major stories or crises at a time. It is easy for the viewer to forget that there are a plethora of world crises afoot continually. Diplomats must face this onslaught of conflicts and respond, hoping that containment of each ongoing fire does not spread to the next volatile crisis or uprising and become cataclysmic.

The book The World in Danger by German diplomat Wolfgang Ischinger starts off with the chapter entitled The World out of Joint. In this he begins to enumerate the current world hotspots of violence. Serbia, Mali, Sudan, Somalia, North and South Korea, Iran, China, Ukraine, Russia, The Balkans, Syria, the list goes on and on. By the time the author is done painting this apocalyptic picture, the reader is so overwhelmed that his world perspective is shrouded in hopelessness for the future of mankind.

However, all is not lost, if the reader continues on and has the fortitude to venture farther, the author puts it all in perspective and offers a glimmer of light at the end of this dark tunnel. He even gives some interesting tidbits on diplomatic tactics and world personalities, and offers a restrained hope for the future.

Although Ischinger was a diplomat and government official for the German government, the views he projects are world views and world perspectives. His enlightened insights are universal.

One area he touches on is the loss of truth and trust in diplomacy. He discusses Putin and Trump amongst others in this quagmire of deceit. Trust is built up gradually over the years – but can be destroyed over-night – as evidenced by Trump poisoning the well. He further touches on the loss of “predictive power” of the American government to be the saviour of the world and its problems. He maintains that Europe can no longer depend on the US for help and assistance and that Europe will have to wing it on their own. “Our fate is in our hands,” he states. That notion was reinforced by reports very recently that the German and French leaders are only cautiously welcoming the election of Pres. Biden, as they have been so severely burned over the past 4 years. By contrast, America’s only real friend in the world – the UK led by PM Boris Johnson – has fully embraced the new President.

Ischinger lays bare the pitfalls of diplomacy. One such instance was in 1983, when the German Foreign Minister, Hans-Dietrich Genscher, visited Tehran. The Iranians insisted he visit the “Pool of Blood” which is a fountain that shoots red water. That was “bizarre enough” but the diplomat danger was that his hosts expected him to walk along a path in which was “embedded the American flag. So, everyone who walks to the monument treads on the U.S. flag – a sign of total contempt.” Genscher realized this at the last moment and walked around it! Germany has often differed with American foreign policy, most notably declining to participate in the Iraq War. Ischinger was German ambassador to the U.S. from 1998-2001, when the war began. He states here, as he did on Fox News at the time, that “there was no political and legal basis for a war against Saddam Hussein.” In more recent times, the author accuses Obama of indecision with respect t various Middle East leaders including Assad and Mubarak. All quite valid criticisms.

Ischinger provides a thoughtful examination of the value of sanctions on countries. “It is never wrong to be skeptical about sanctions,” he writes, noting they often hurt the wrong people. Even the imposition of visas should be reviewed, he says. “In my view it would be a strong positive signal if the EU were to life the visa requirement for Russians. After all, Ukrainians already enjoy this privilege.” He also has lots to say about the flaws on the United Nations, including the membership of the Security Council. “Reform is well overdue.” But he is very much in favour of G20 summits, where heads of state and government of 20 leading countries can talk with each other informally. On the subject of Heads of State, his account of a conversation with Queen Elizabeth about horses and her grand-daughters’ prospect of winning a gold medal in an equestrian event in 2006, is quite priceless.

In a CNN interview recently, Ischinger made an important statement about a critical issue. “If we get our act together across the Atlantic on digital issues like cyber security and AI we could actually remain the norm-setting entity in the world, and not voluntarily give that up to this big emerging nation by the name of China. It is a matter of necessity and strategic intelligence to make sure NATO survives but prepares itself for the 21st century. We can do it. We must.”

The book is straightforward: no jargon, and no axes to grind. The reader can identify with the author’s plight as an ambassador for Germany, but he possesses a worldwide perspective, not just a German one.

In conclusion, Ischinger is cautiously optimistic for the future of the world. He maintains that persistence pays off and we cannot ignore or wait out the crises and challenges that face us. Only with diligence and determination to overcome these issues will the prospect for salvation grow.

The World in Danger is $29.99 by the Brookings Institution Press. 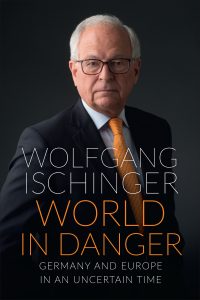 THE GOD OF ROME

Elderhood: a guide to Life