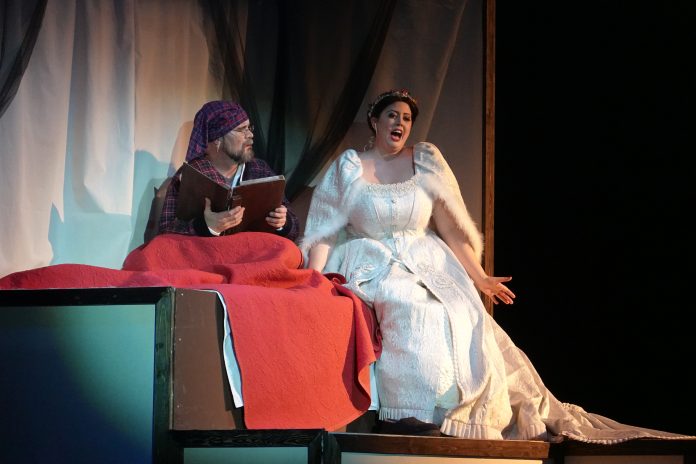 A city in the American desert is an unlikely place to encounter a 19th century-style English market, but when you see Father Christmas in person you know Charles Dickens can’t be far away.

The third annual Dickens Festival was held at the Berger Performing Arts Centre. Live harp music entertained those viewing the wares in a compact collection of vendors selling their wares outside the Berger, while inside tasty wassail was offered along with a wide selection of baked goods.

Highlight of the event was a full staged performance of Dickens’ A Christmas Carol.

Anyone familiar with the classic movie version with Alastair Sim will notice quite a few differences. In the scene where Bob Marley’s ghost makes an appearance, he is accompanied by 9 other members of the dearly departed. What is especially unexpected is a groaner line, where the instruction “head that way” is addressed to a headless spirit! Marley makes several appearances throughout the play, often accompanied by an abundance of stage fog.

This is also a musical; I found the most beautiful song to be The Nights of Long Ago. While transition in the play could have been smoother, and movement across the stage was a bit awkward at certain moments, the singing was excellent. This was especially the case for Dori Scholer, whose operatic voice lent an air of divine supremacy to the role of the Ghost of Christmas Past (lead photo). The puppet scene with Mother Goose, viewed by little kids on stage, was a nice touch as well. Another superb aspect was the dancing in the scene of Mr. Fezziwig’s Annual Christmas Ball. Replete with colourful period costumes, this production highlight was delightful.

Overall a really lovely way to celebrate the Christmas season, the Dickens Festival was the finest of the many Christmas experiences I had this year in Tucson. The show was produced by Arts Express. Visit their website for details on what they have planned for 2020, including Carousel starting Feb. 28: www.arts-express.org

More on the background to the show can be found at this SunNewsTucson link:

Lead photo: Scrooge with the Ghost of Christmas Past

Photos with this story by C. Cunningham 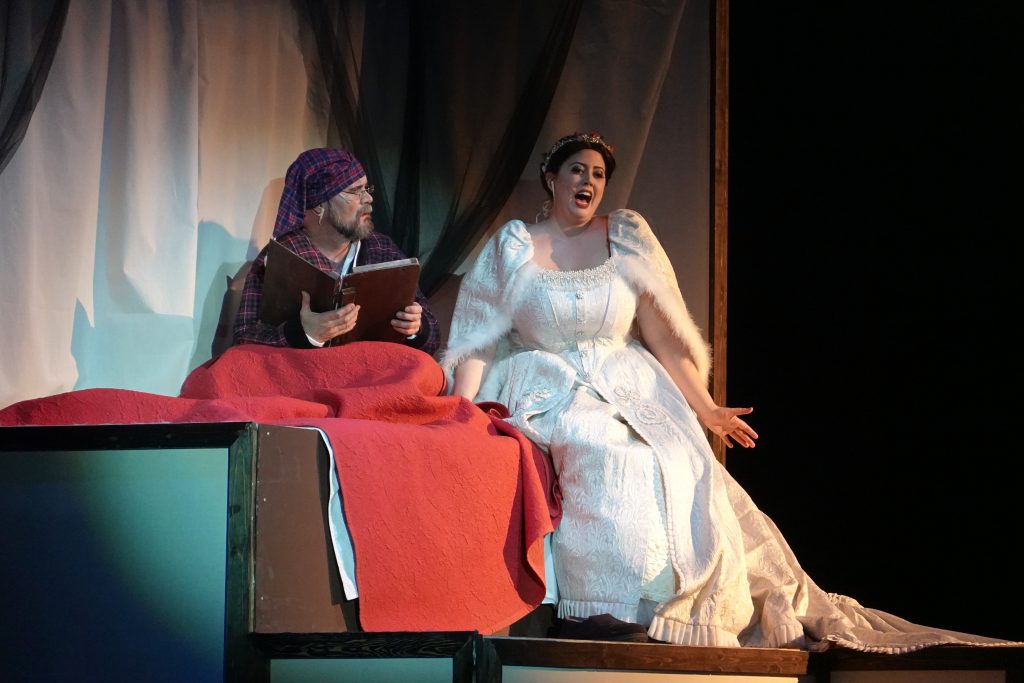 Stereotype is the Enemy of all Art