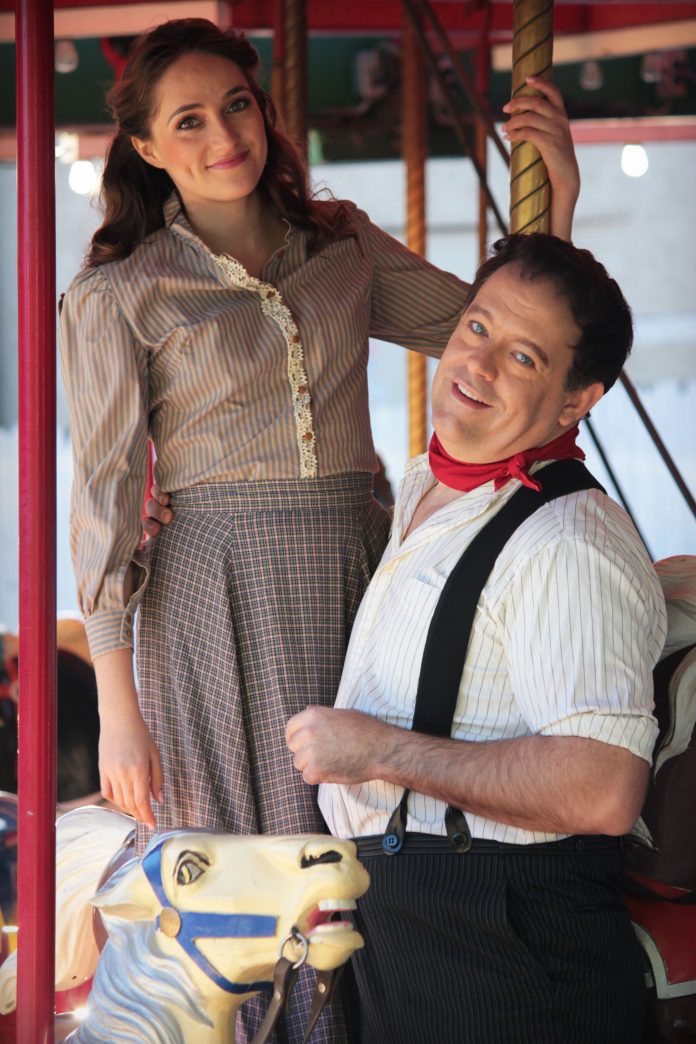 The old chestnut Carousel, one of the most famous musicals of the 20th century, is being performed by Arts-Express at the Berger Theatre in Tucson. This production features a first-rate introduction by a veteran actor, so be sure to upgrade your ticket to see this!

Ferenc Molnár was the writer of a 1909 play titled Liliom, portrayed with panache during the pre-show by actor Gene Abravaya. He related the autobiographical story of Molnár, who got his big break writing when the Budapest Daily newspaper hired him. He enjoyed a heady existence in the closing years of the Austro-Hungarian Empire, being challenged to a duel by the husband of his paramour, then later drinking heavily and overdosing on sleeping pills. “It became fashionable to commit ‘mild suicide’ at that time,” he relates, as the publicity was tremendous.

Molnár went on to write a play titled The Devil “which had four productions in New York City at the same time.” His fame established, Abravaya (as Molnár) told the audience about his play Liliom. “It explored dark corners of a romantic relationship. Can love really transform us as a person?”

Liliom “has been eclipsed by time, but Carousel has a bright future. Practically all the dialogue is exactly the same.” The fact a play written in 1909 could be transformed into a play of 1945, with scarcely any change in dialogue, shows us at once that the affairs of the heart are timeless.

Unlike most modern musicals, Carousel has not just one but several memorable tunes by the beyond-famous duo of Rogers & Hammerstein. The greatest is surely You’ll Never Walk Alone, delivered in a spine-tingling version by Brianna Barnhart and Susan Lane Stokes. The star of the show is Andrew Gray, who bass baritone voice could easily have filled a hall twice as large. In If Loved You, another classic tune, he is paired with Barnhart, a Tucson native with a sparkling, clear voice. Delightful. And Kayleah Wilson does a fantastic duet with tenor Luke Howell (resident director at the Arizona Rose Theatre Company), When the Children are Asleep.

After 75 years on stage the plot of Carousel is too well known to rehash here. Suffice it to say this is a truly fine production (directed by Nancy Davis Booth). One must make allowance for the difference in age between Barnhart and Gray, as the role played by Gray in the original Broadway production was only 28, but his marvellous voice is sufficient compensation (the excellent sound system at the Berger is a real plus). Other cast members offer excellent acrobatic dancing and Tara Petersen graces us with her ballet in another segment.

Overall the set was excellent but there was one scene with just a lamp post that would have  greater impact with a curtain behind it instead standing starkly alone on stage. Quibbles aside, if you have never seen this monumentally important musical, this is your chance.

Carousel is being performed through March 8, 2020. Visit the website for tickets: arts-express.org 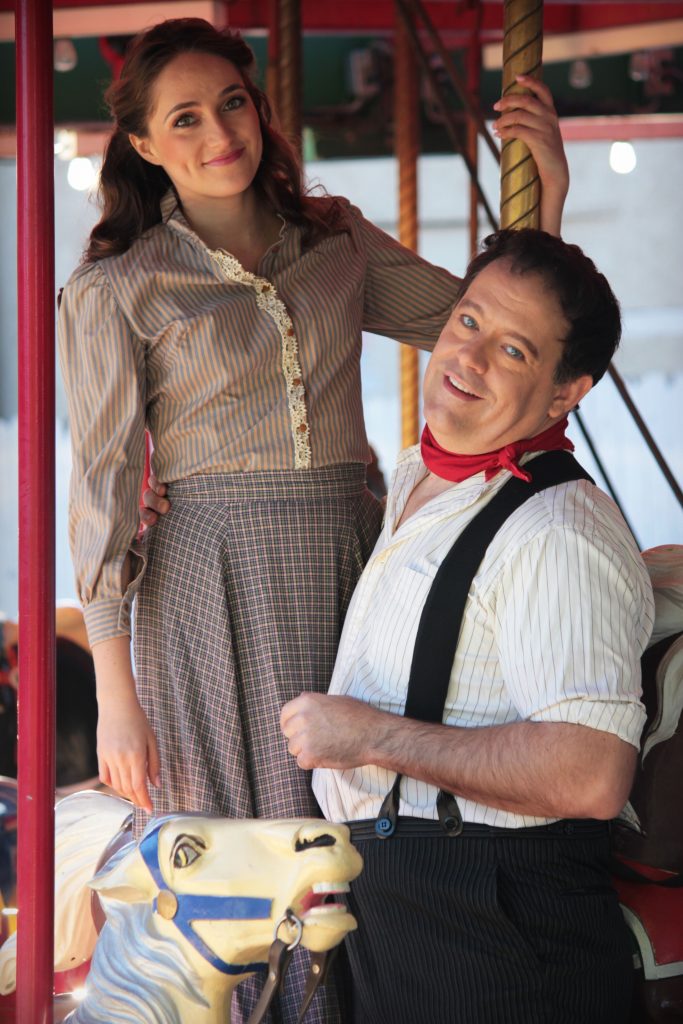