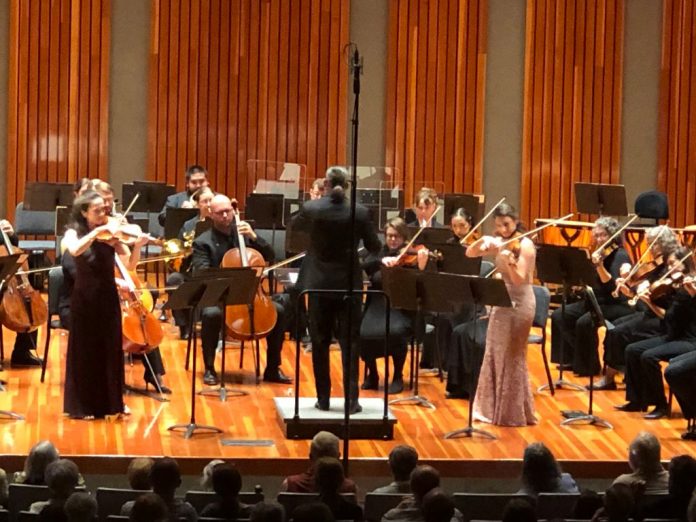 The most recent concert by the Tucson Symphony Orchestra concluded its tribute to Beethoven on his 250th birthday. In this case an audience at Catalina Foothills High School was treated to his Third Symphony, titled Eroica as a tribute to martial heroism.

It opens loud and brash, with drums beating and horns blaring. There are a few delicate passages (enhanced by the bass and double bass instruments unusually placed to the left of the conductor), but they can scarcely be termed contemplative, rather serving as a bridge between the more bombastic passages. This evocation of martial brilliance loses none of its lustre with the knowledge we have now of the revocation of Beethoven’s dedication to Napoleon. The story is worth relating from a first-hand witness:

“Is he then, too, nothing more than an ordinary human being?,” inveighed Beethoven. “Now he, too, will trample on all the rights of man and indulge only his ambition. He will exalt himself above all others, become a tyrant!” Beethoven went to the table, took hold of the title page by the top, tore it in two, and threw it on the floor.

Some people have grumbled about the fast pacing maestro Jose Luis Gomez imparts to some compositions. Those people will not have been overly pleased by his pacing of the second movement, which has often been used as a funeral march, most famously for the funeral of President Franklin D. Roosevelt. I timed it at 13 minutes, compared to the more somberly-paced 16 minutes allotted by Daniel Barenboim in the 2012 performance at the Proms in London, while Leonard Bernstein gave it at the truly funereal pace of 17.5 minutes in a 1978 performance in Vienna. It may very well be a personal preference, but I think most die-hard fans of the Eroica would prefer the more extended treatments.

Last performed by the TSO in 1995, Mozart’s Concertone for two violins (K.190) was premiered in 1774 as just the fourth original concerto by Mozart (he was only 18 years old). The word concertone simply means (in Italian) something larger than a concerto. In this case we have two violinists taking centre stage (see photo), and here the TSO gets to feature two of its own: Lauren Roth (concertmaster of the TSO) and Michelle Abraham Kantor (the TSO’s associate concertmaster).

In this elegant piece, the sound of the dual violins floats above the base sound created by the orchestra’s other violins, and its violas. The private conversation of the twin violins is occasionally interrupted by their mentor, represented by two oboes, who, like Socrates, capriciously injects his observations to steer the flow of discussion. The interrogative mood of the oboe is especially prominent in the third movement. Additional points of view are expressed by two bassoons, two horns and two trumpets. In the hands of anyone but the great master this might have resulted in a cocaphony, but Mozart handles all this ornamentation in a controlled manner. Whatever disagreements the violins might have had with their mentor, it all ends in a harmonious finale. A delightful piece of music, beautifully performed by the TSO, which I would like to have seen presented with a couple of ballet dancers.

Visit the website for tickets to upcoming concerts: tucsonsymphony.org 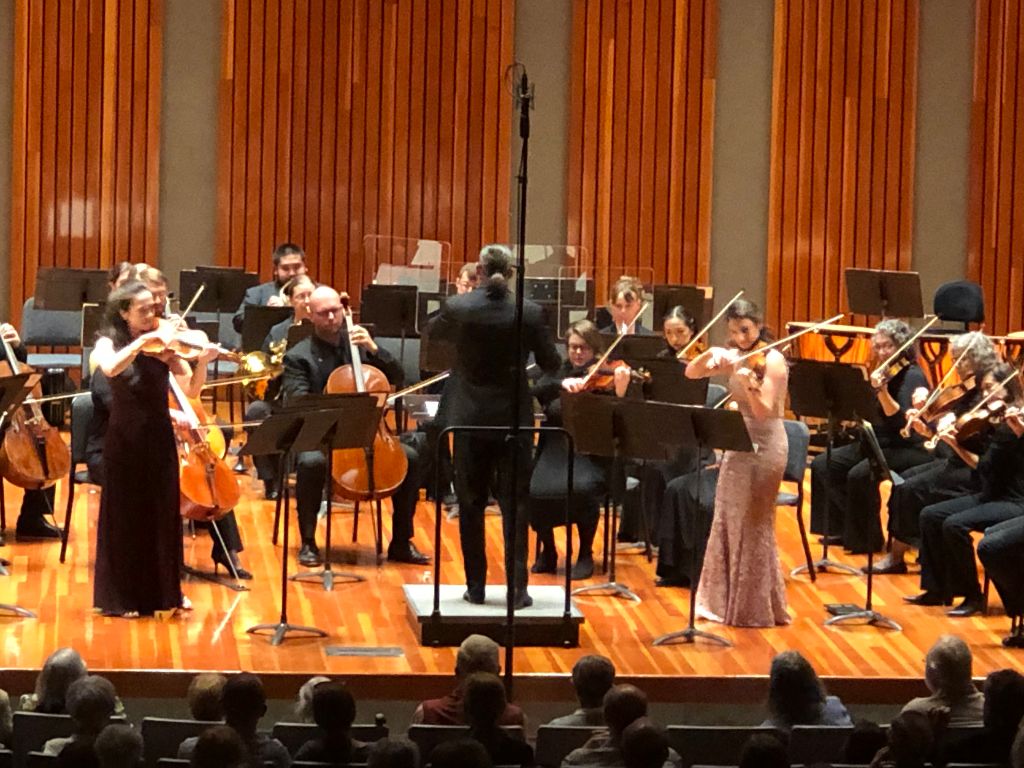