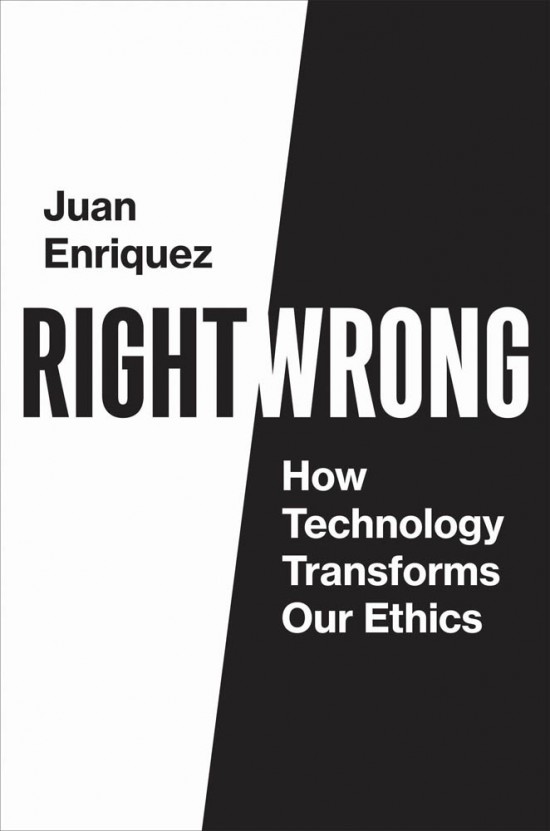 This book review is by Dr. M. Emanuele

The unoriginal premise of this book is that the mores and ethics of society change and evolve over time due to scientific advances, technological discoveries, and through thought.

What might seem acceptable or even ingrained in stone to one generation may either gradually or suddenly become unacceptable or even abhorred by the next generation. In many cases he states that future generations will not only question out motives and reasons behind our behaviour, but also look at it as barbaric and horrifying. Again, quite unoriginal for anyone with even a smattering of historical understanding.

The author tackles a multitude of topics and challenges the reader to analyse and discuss a variety of scenarios for each. If you are looking for a book with easy answers to tough questions, this is not it. Topics cover the gamut from designer embryos and the regeneration of body parts to climate change, disposable waste, the shift of capital wealth between classes, using animals as a food source, and the technological dissemination of truth and lies. To name just a few. Even though he explores multiple directions and paths, the question of motive and ethics keeps leading him back to technological advances and self-examination.

Author Juan Enriquez, who is not stated in the book as having any academic qualifications, contends his role is NOT to answer these complex questions but to give the reader thought-provoking scenarios to ponder. One technique he uses for discussion is a sidebar whose relevant facts, stats and questions are proposed to stimulate the discussions, and compliment the text. The author states his reason for writing this book is “I want you to get interested in ethics again.”

Enriquez does correctly identify the power of lies in society, precisely applicable this week to the issue over who won the US election. Consider this statement, where “their” means the masses of people: “In the big lie there is always a certain force of credibility…in the primitive simplicity of their minds they more readily fall victim to the big lie than the small lie.” The current outgoing President of the U.S. knows this very well, although he is certainly not intelligent enough to have actually read the words just quoted, from his dictatorial namesake Adolf Hitler. The most recent real President of the US, Obama, put a label this week on what this is: Truth Decay. The author of this book, given the opportunity here to at the very least propose a sketch of the way forward towards reversing this decay, merely states “It is far from clear how to put the pieces back together.” As Enriquez states in a general way, “Houston, we still have a problem.”

Presumably the target audience for the book are those willing to engage in intellectual debate about the plethora of problems facing the world. Where this is to be found in the US is uncertain, given the fact some 70 million people live within a framework of unreality: perhaps those young enough to have avoided the brainwashing effects of the Gaslighting of America by the outgoing president and his enablers in the Congress are still able to think rationally. To that can at least be added the people who will work in the new White House staff – having the issues laid out in a concise 287-page book might be valuable for them. I suspect a more receptive audience among the general populace can be found in Europe, and the remaining beacons of hope such as Australia, New Zealand and Canada.

Right Wrong: How Technology Transforms Our Ethics is $24.95 from MIT Press 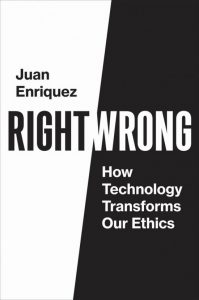