Composer Michael Torke minced no words before an audience at the Tucson Music Hall about the effect of ‘modern’ classical music on the public.

“If you see a program for a classical concert that includes a new composition, you might very well give it a pass. For much of the 20th century, the response to new music is ‘we can think about it, but what do we feel?’ We’ve spent too many decades writing music that doesn’t make us feel.”

“Why do we go to symphony concerts?” he asked rhetorically. “One element may be related to the fact far fewer people go to church now. The only way we can have nourishment is to feel and think,” Torke said. In an interview for SunNewsTucson, Torke explained the process “starts with engagement. I want people to feel the music.” He especially pointed to the second movement of Sky Concerto for Violin, which was performed by the Tucson Symphony Orchestra and guest soloist Tessa Lark (pictured).

In the process of composition, explained Torke, “a composer comes up with images, but like an abstract painter we don’t necessarily have a defined image.” The Sky Concerto is an example of a more abstract form than defined image, drawing as it does over 23 minutes from a variety of musical forms.

The first movement employs a banjo-picking technique for Lark’s solo violin, and while Irish reels were the inspiration of the second movement, one musical expert I spoke to said “the slurry of the notes reminded me of Oriental music.” I also detected a faint whiff of the Titanic movie score here. The template for the third movement, fiddle licks, had a slightly more jazzy feel than the first two movements, but the most prominent vibe one got from it was that of country twang.

Overall the work is influenced by bluegrass music. “In bluegrass”, said guest conductor Perry So, “there is an ineluctable forward movement,” and it is the music tradition Lark, a native of Kentucky, knows well. Lark had a rollicking good time with this composition, which she is premiering among a consortium of orchestra that are supporting the creation of this collaboration of Lark and Torke. Speaking of Lark, I heard one lady at the concert during intermission say “I have never seen a soloist quite so excited!”

This work was in stark contrast to the opening work of the evening, Menuet Antique by Maurice Ravel. First performed in 1930, So explained “it begins with mostly dissonance, it’s not beautiful. I’ve always believed beauty in music for the sake of beauty can be lacking in content. There is potential for beauty to be radical and uncomfortable.”

Just in time for Halloween, the Tucson Symphony performed Symphonie fantastique by Hector Berlioz. Dating from 1830 it was composed not long after Beethoven’s symphonies, leading many people to claim Berlioz was reacting against Beethoven. Conductor So, however, disagrees. “He wasn’t really reacting to Beethoven at all: he was reacting to the life he was living, in the broken society of France. The ghoulish visions of this piece relate to the medical diagnoses at the time.”

Ultimately “subversive in its origin,” the Berlioz symphony projects the visions of a horrible demonic dream. It is also a very difficult composition to play. On a scale of 1 to10, the Tucson Symphony did a very credible 8.5, the main problem being in the brass section as the tubas were having a hard time of it.

There is one more chance to hear this excellent concert: Oct. 27, 2019 at Tucson Music Hall 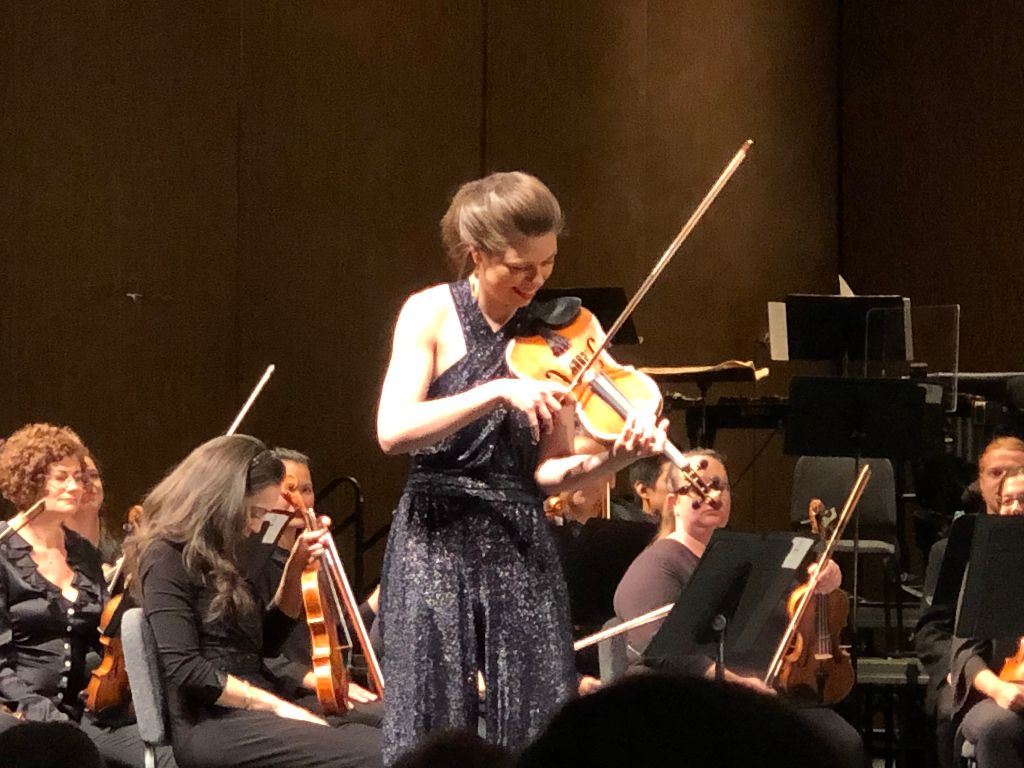 A New Angle on La Bohème

The State of Classical Music

Toby Keith: We Need Cowboys to Clean Things Up