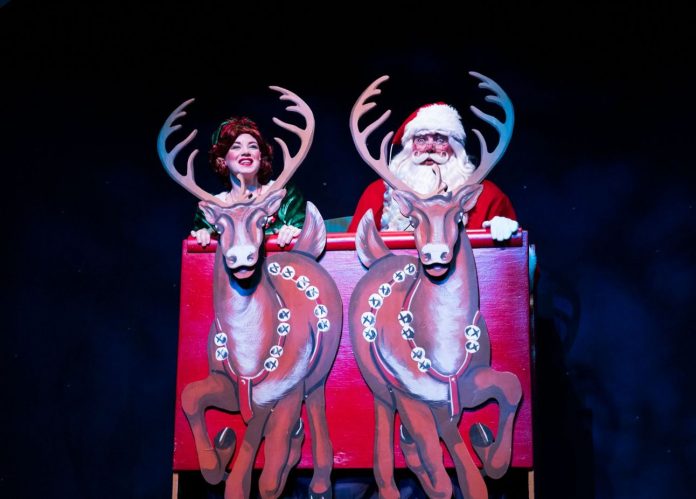 Gaslight Theatre is known for the finest productions of musical comedy, and their latest Holiday offering is no exception. The Secret Santa has everything one might hope for in a musical about Christmas, including the “real” Santa Claus (David Orley, who probably is the real Santa).

Here he is undercover as a retired toy maker, as his sled with reindeer made an unexpected landing in the town of Merryville. This is a place noted for its toy factory and Christmas Festival, but both are under threat from Mr. Simpson (Mike Yarema) who hates Christmas. The audience hates him back, with boos greeting every nasty song he sings. This does not bother him, as he shoots right back at the audience: “I can take my boos!”

With groaners like these the audience knows it is in for a real Holiday treat. The extremely likeable Jake Chapman takes the lead in this play as Franklin, an employee at the toy factory who is determined to foil the plans of Simpson. Aided by his thick but good-hearted head of plant maintenance Buster (Todd Thompson), they set out to increase production at the toy factory and save the Festival. 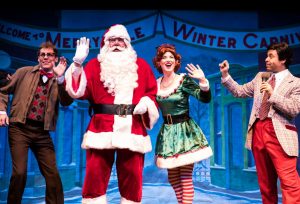 Of course it helps to have a magic snow globe, conveniently brought into play at critical moments by Santa’s elf Holly (Janée Page). The cast is rounded out by two TV reporters, the factory supervisor, and the owner of the factory. It’s hard to tell if they are having more fun than the audience with this sweet and silly production.

There are quite a few plays and concerts in Tucson to mark Christmas 2019, ranging from solemn to old-fashioned. This production is certainly the finest at that broad end of the spectrum where the candy canes are to be found and the small town Christmas spirit of days past still lives on.

Lead Photo: Santa and his elf in their sleigh

Some performances of The Secret Santa, which continues to Jan. 5, 2020, have different actors in various roles. 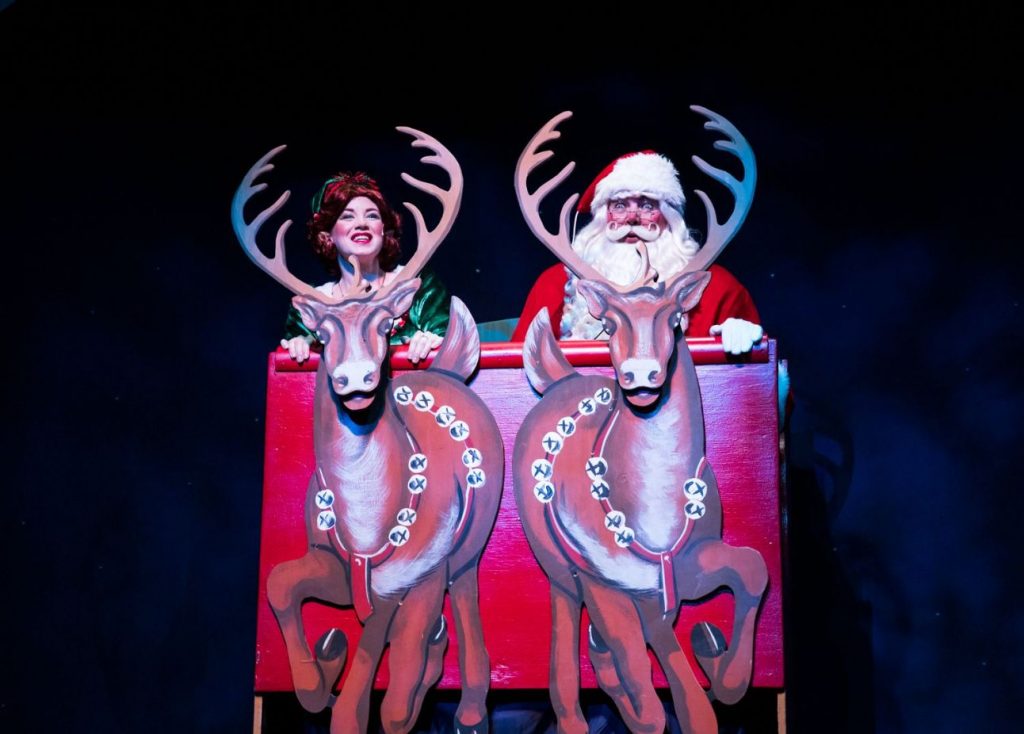